A couple of weekends ago we went out of town to visit with some family and had a wonderful time!

We arrived at my Aunt Gladys and Uncle Dave’s house on Friday evening.  Beka, Bill and Anika were there too and we had a yummy dinner.  Here are some pictures from the weekend: 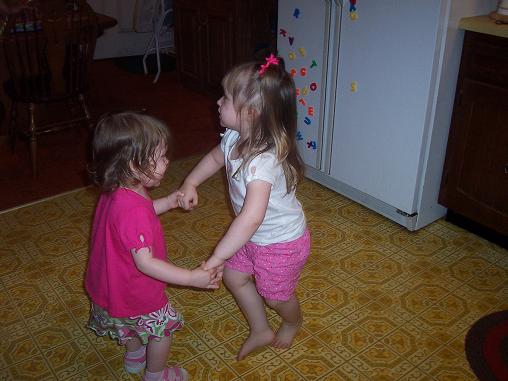 Anika and Hailey played “Ring Around the Rosie” over and over again!

And their favorite part, “we all fall down.”

On Saturday we went to a baby shower for my cousin Brad and his wife Melissa.  It was the first time I had ever gone to a baby shower with both men and women there.  It was sooooo much fun!  I think all showers should have the guys too- we had a blast.

I didn’t get a whole lot of pictures because it is a little hard to keep track of  a 2 year old and take pictures at the same time.  And when Rich had the camera he took pictures of things like people’s noses, ears and feet.  So I’ll spare you from seeing those pictures and share the few that I did get.  If you are a family member and want to see more pictures (or a regular reader who just wants to see some more pictures of the fun)- check out my cousin Aimee’s blog- she got some great pictures!  Anyhoo- here’s my pictures: 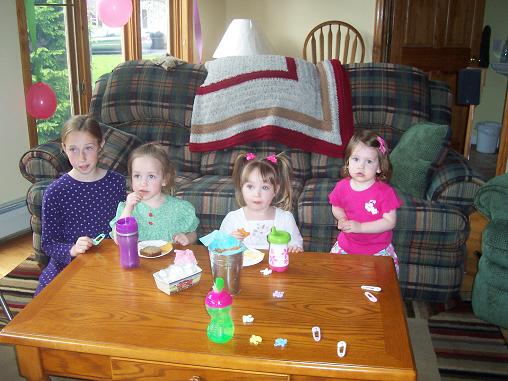 Hailey and Anika (the 2 on the right) enjoying some lunch with 2 other friends. 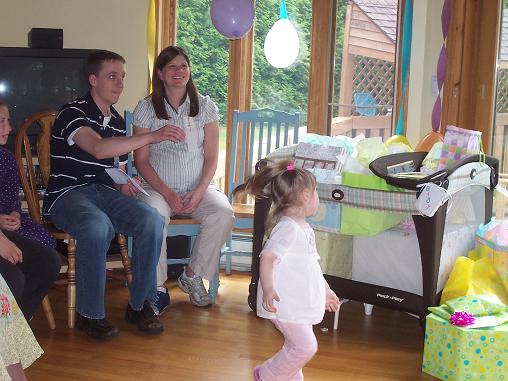 While we were waiting for the gift opening to start Hailey enjoyed being in the center of the room bouncing a balloon up in the air.  Brad (the daddy-t0 be) and Melissa (the mommy-to-be) helped her keep her balloon in the air. 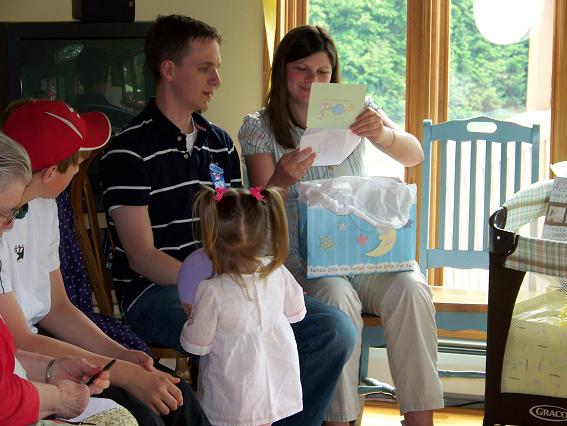 Brad and Melissa opening a present from us while Hailey watched. 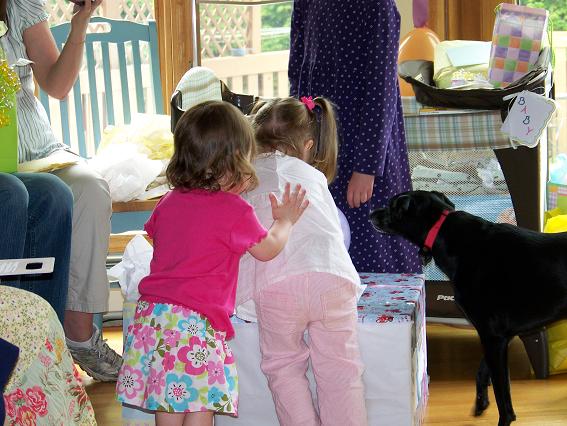 Anika and Hailey checking out one of the presents- probably discussing how they would like to sneak the present out of the room so they could get a chance to open something. 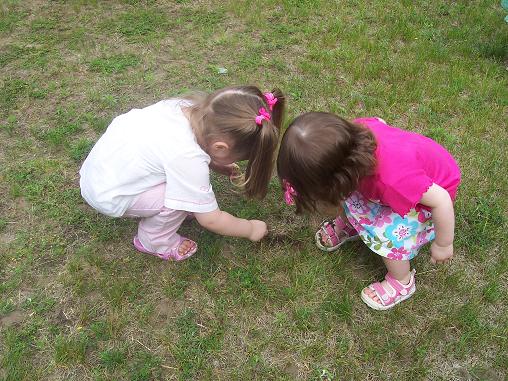 We had fun playing some games outside.  Hailey and Anika inspected the dirt. 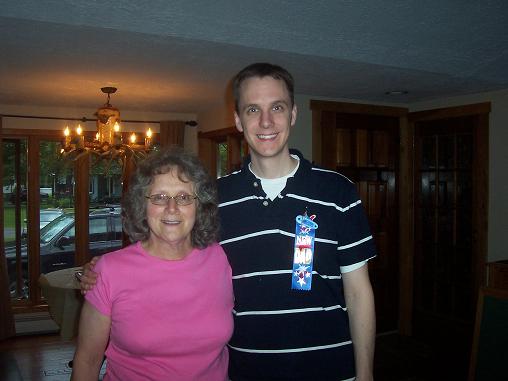 Aunt Ruth (Grandma-to-be) and Brad posing for a picture.

We had such a wonderful time at the shower!!  We don’t get to see all of this side of the family very often so I had so much fun spending time with everyone.  It went by way too quickly.

On Sunday we got to spend a little time with Beka, Bill and Anika again before we had to get on the road. 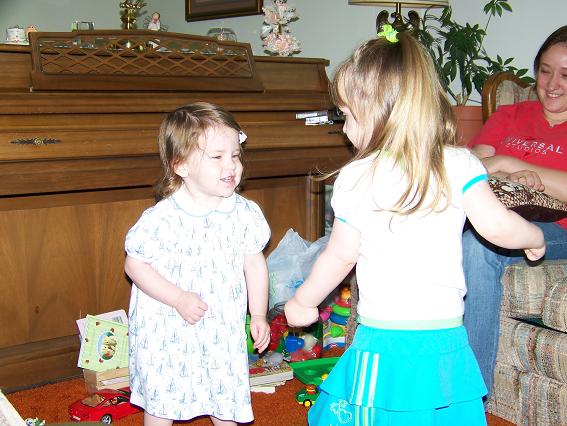 Anika and Hailey enjoyed dancing together. 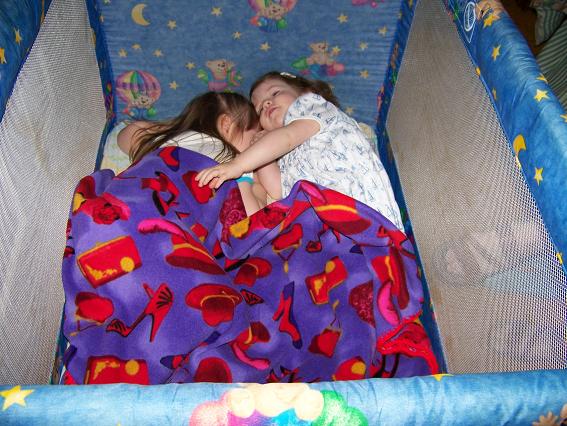 Then they took a quick “nap” together before we had to leave.

The entire way home Hailey kept asking, “Are we back on Anika’s road yet?”  It was a wonderful weekend!  We can’t wait to see everyone again.

« More Than She’ll Ever Know
She Keeps Me Smiling »