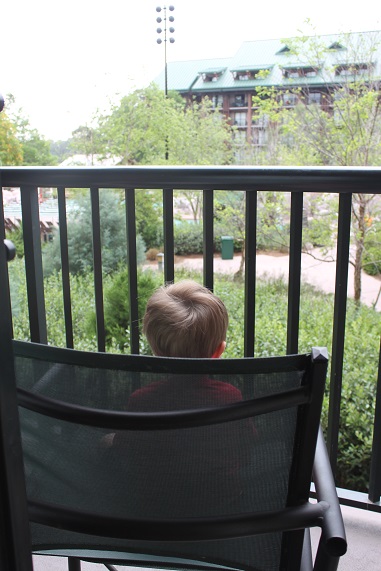 Hunter loved our balcony and every morning he ate his breakfast out there with Rich.

After breakfast we headed to the boat to take the short ride to Magic Kingdom.

The fairies had a short wait, so we stopped there first. 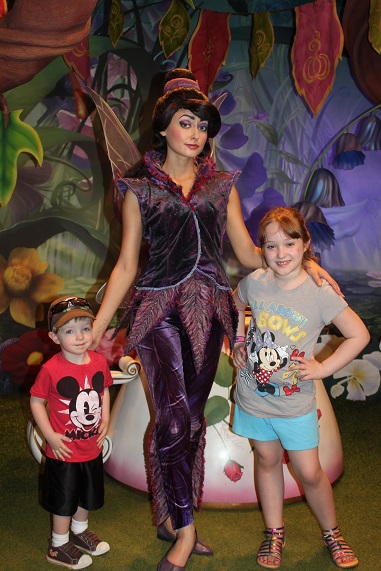 Hunter and Hailey with Vidia. 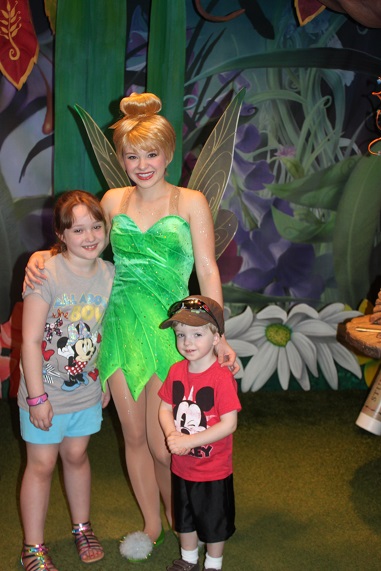 Hailey and Hunter with Tinkerbell. 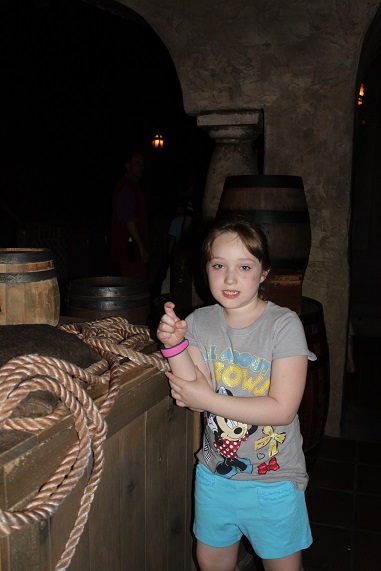 Hailey doing her pirate look while we waited in line for Pirates of the Caribbean.

Rich and Hailey on Splash Mountain.

While they rode Splash, Hunter and I waited in line to meet Woody and Jessie.  Rich and Hailey met up with us when it was almost our turn. 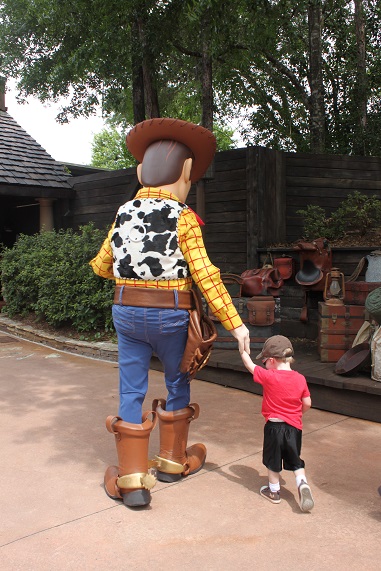 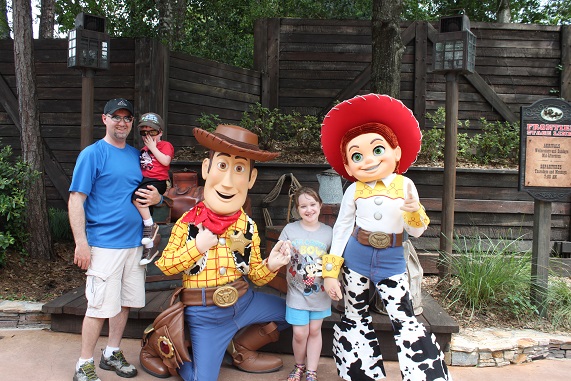 When it was time for a group picture, Hunter decided he was a bit scared of Woody, so Rich had to join them. 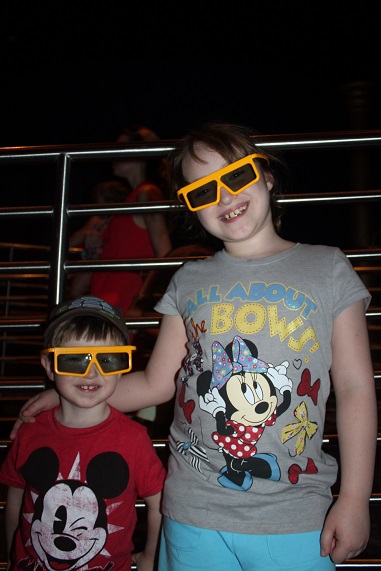 We love Mickey’s Philharmagic and Hunter was so into it!  He loved trying to catch all the flying objects. 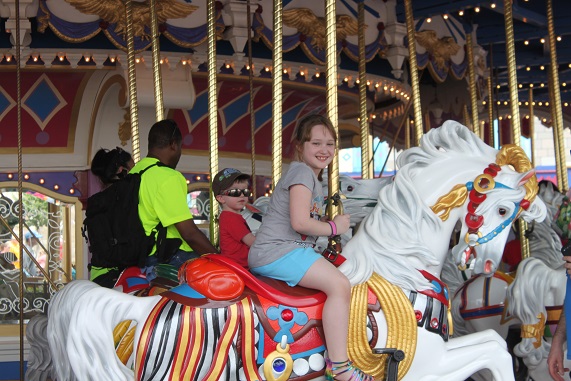 Hunter and Hailey taking a ride on the Prince Charming Regal Carousel. 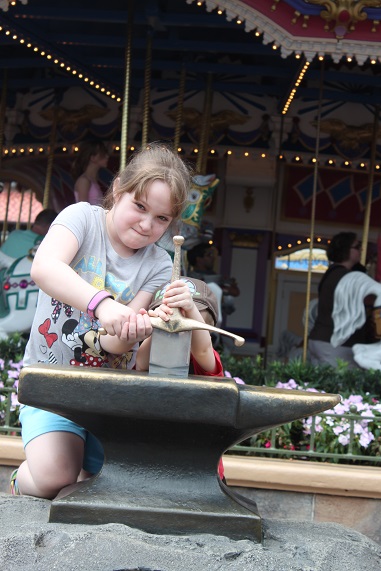 We always have to stop and try to pull the sword from the stone. 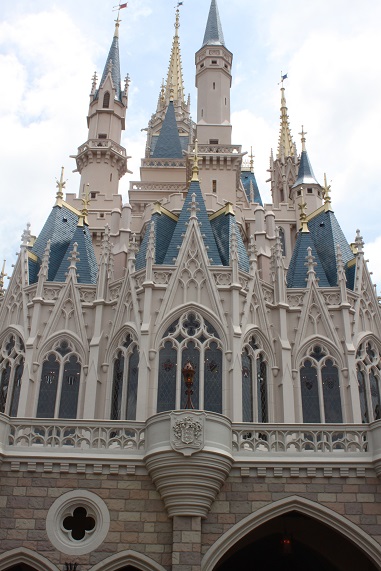 Then we were off to the castle to go the Bibbidi Bobbidi Boutique. 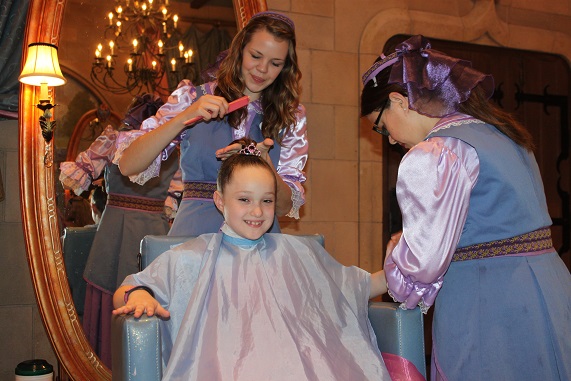 Hailey had her hair, make up, and nails done. 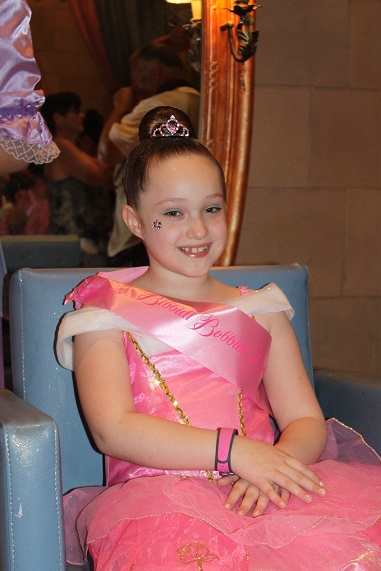 All done being turned into a princess 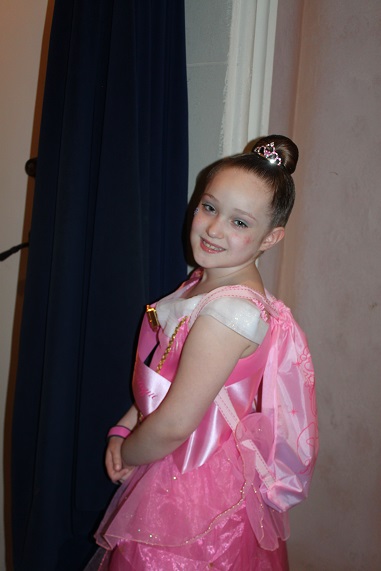 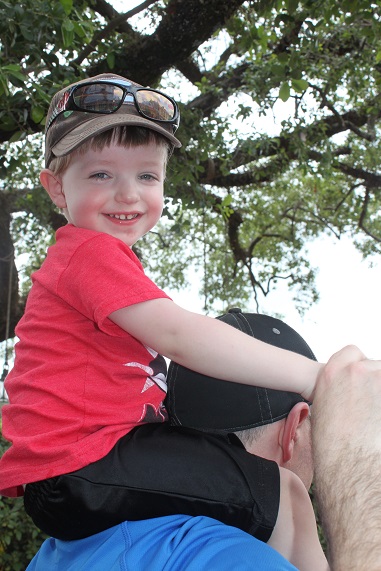 Then it was time for the parade- Hunter had a great view. 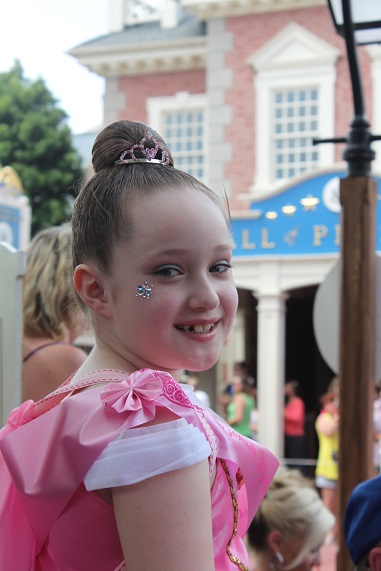 Hailey waiting for the parade to start.

A few pictures from the new parade, Festival of Fantasy: 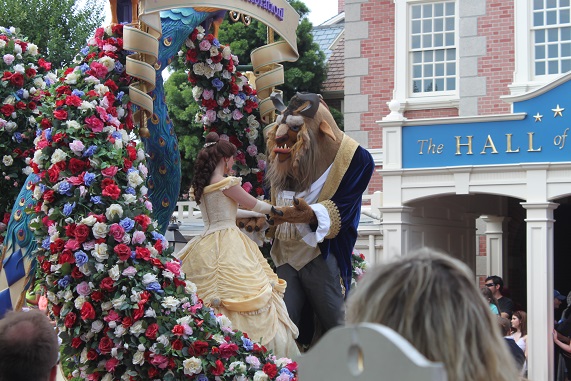 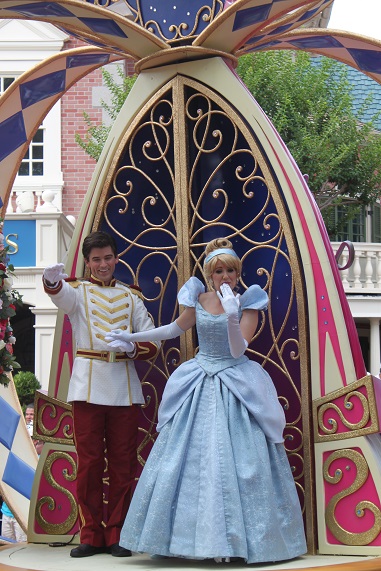 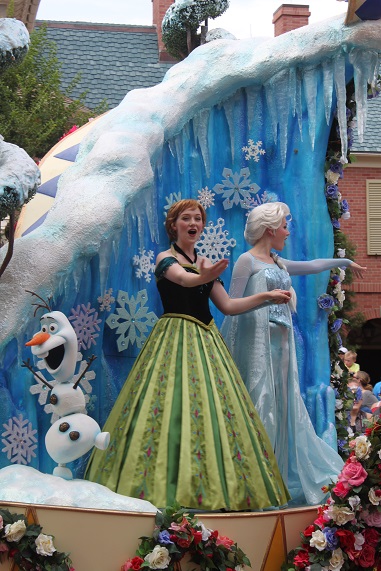 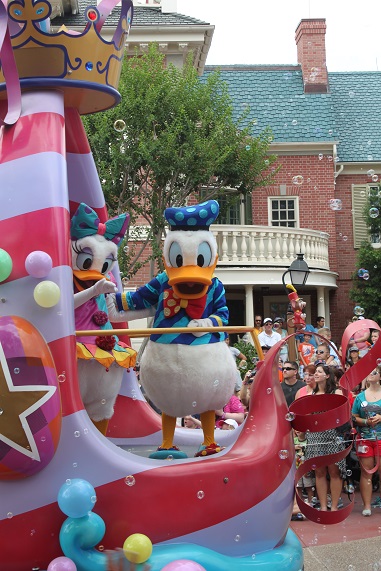 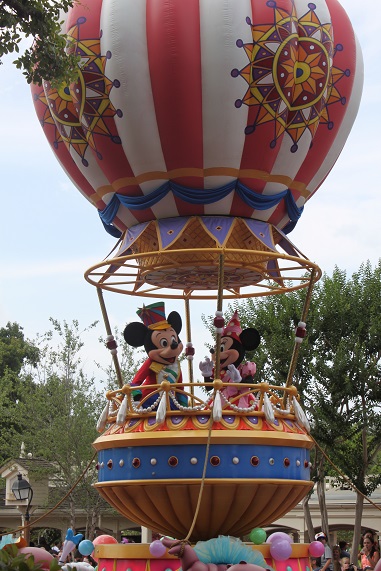 Afterwards we had a little surprise for Hailey.  Anna and Elsa had been having a 4+ hour wait and we told Hailey there was no way we were waiting that long.  She didn’t know that I had gotten a fast pass before our trip to be able to go see them.  So, we waited in line to meet them, but she didn’t know who we were waiting to see.  After about a 2 minute wait they let us in the room to meet Anna and Elsa- Hailey was so excited!

Hailey and Hunter with Anna and Elsa 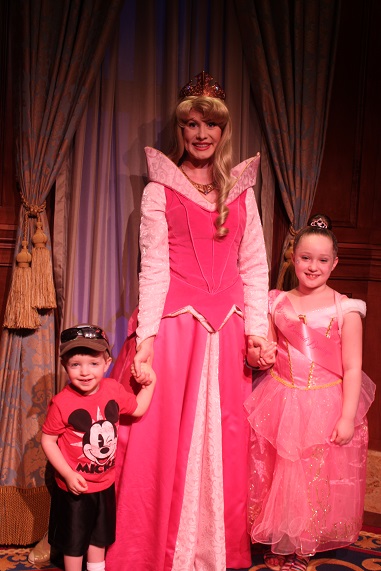 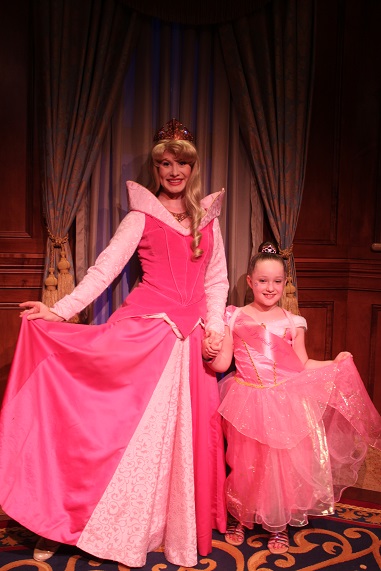 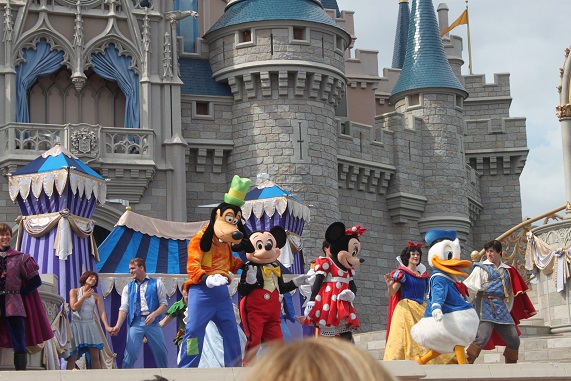 We stopped to watch Dreams Come True- one of Hailey’s favorite shows. 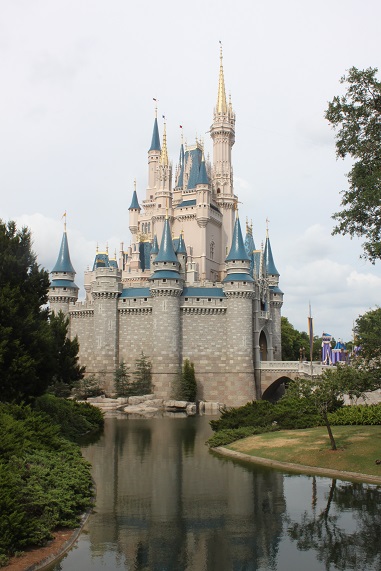 One of my favorite views of the castle. 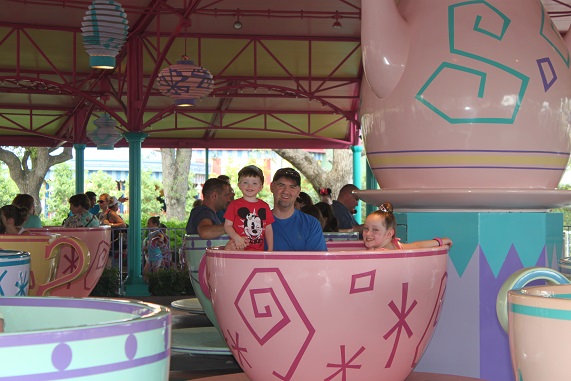 Rich took Hunter and Hailey on the Tea Cups. 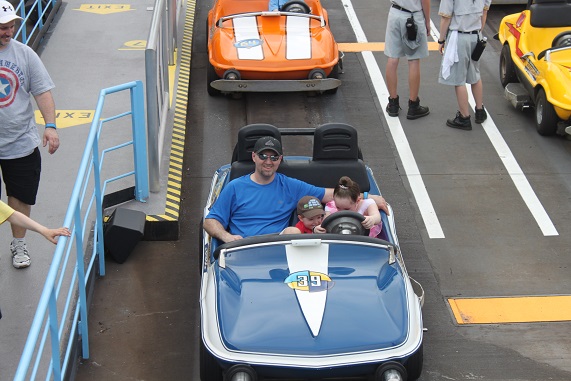 They all loved the race cars on Tomorrow Land Speedway 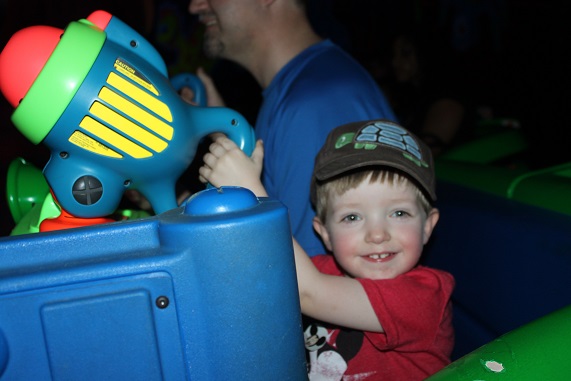 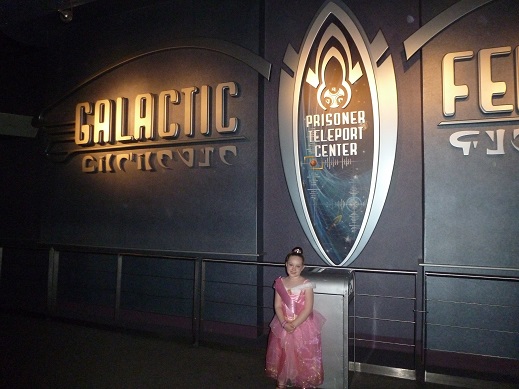 Hailey always loves to go on the Stitch ride. 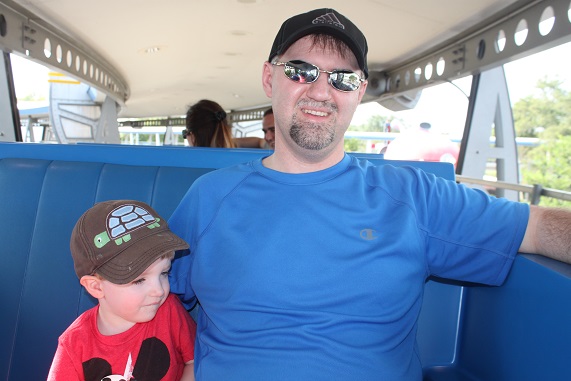 Hunter and Rich on the People Mover. 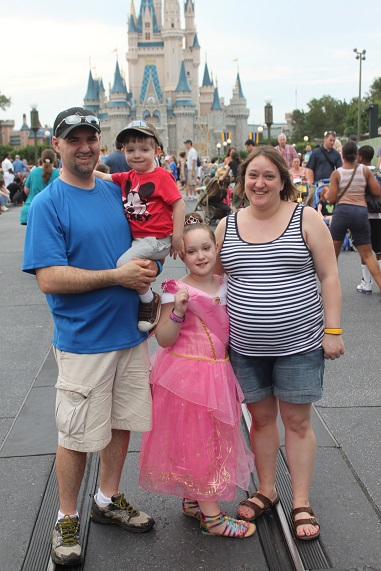 Of course, we had to stop for a picture in front of the castle.

It was a great second day!