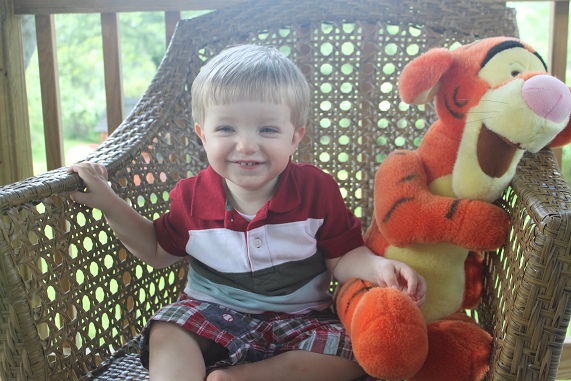 Hunter at 18 months old with Tigger. 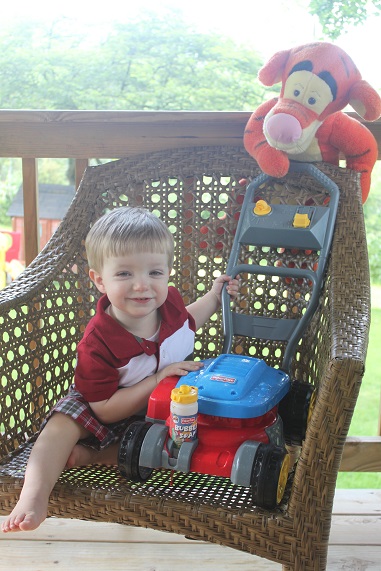 After Hunter took his picture with Tigger, I asked him if wanted a picture with his “mow, mow” since that is his favorite toy. He went and got his lawn mower and put it in the chair and sat next to it. (Hailey thought Tigger should get to be in the picture too.) 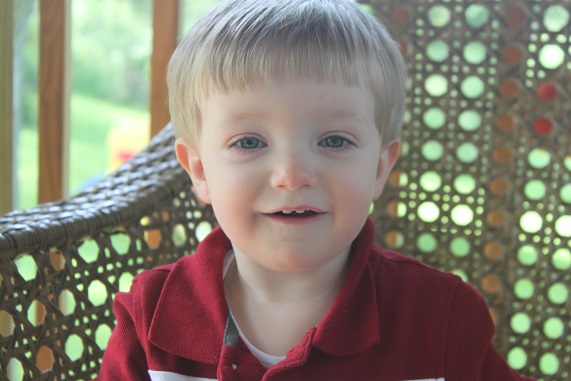 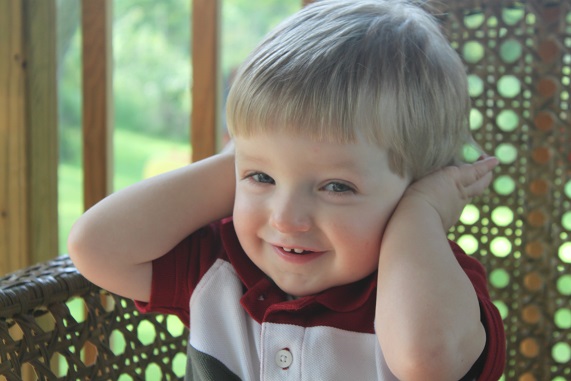 When we say, “Where is Hunter?” he puts his hands over his ears and says, “There he is!” 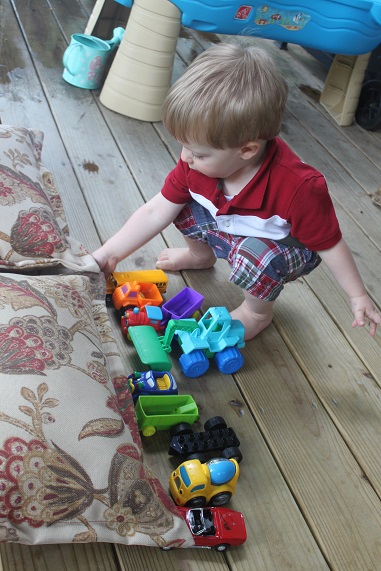 Hunter loves to line up his cars!

His favorite shoes… Hunter usually asks to have them put on as soon as he wakes up. Sometimes he’ll agree to take them off if we sniff his feet and say, “Stinky feet!” but as soon as he remembers that they are off he asks to put them back on.  It’s funny that the shoes are not on in the earlier pictures, but Rich had just done the “stinky feet” game with Hunter.  Otherwise  those shoes are on from the time he wakes up until he goes to bed.  I even hear him say “shoosh” in his sleep, which is how he says shoes. 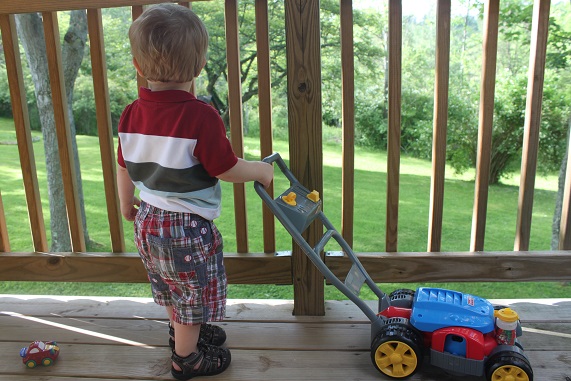 Whenever Rich mows the lawn (or one of our neighbors), Hunter gets his “mow, mow” and stands here watching Rich mow.

Lots of talking!  Hunter tries to say everything and is getting really good at communicating what he wants.  He has even started to put some words together.  The other day after Grandma left our house, he said,  “Ma Maw aaaa- gaaaa” (Which means Grandma all gone).  It’s impossible to keep track of all of his words.

Hunter now has 3 molars in.  He has been pretty grouchy with the molars coming in.  It has definitely made sleep harder too.  When he isn’t teething his sleep has been pretty good.  He usually naps from around 1-3pm each day.  He goes to bed around 8pm and usually wakes up about an hour later and comes and gets in bed with us.  He sometimes wakes up once or twice during the night and nurses back to sleep.  He sometimes nurses to sleep for his nap and at bedtime, but he usually doesn’t want to anymore.

Hunter is such a good eater!!  He will eat pretty much anything!  And he loves his fruits and veggies.  Tomatoes are one of his favorite foods

Hunter knows lots of his body parts, can point to them and can say most of them too.  He is also learning his colors, but he thinks that everything is blue, so we’re still working on that

He loves books, coloring, painting, Mickey Mouse, cars, trucks, and lawn mowers.  He is such a sponge and soaks up everything we say to him.  He can follow directions- and even understands things like, “Eat your sandwich first and then you can have a cookie.”