Hunter got sick the evening before he turned 11 months.  He started feeling warm during the evening and by 10:30pm he was super hot and throwing up.  I was ready to take him to the ER but his pediatrician talked to me (I LOVE Hailey and Hunter’s pediatrician!) and told me the high fever came with the virus going around and that it was okay, I didn’t need to take him to the ER.  Anyways, he wasn’t really in the mood for many pictures, so here are a few that I did take: 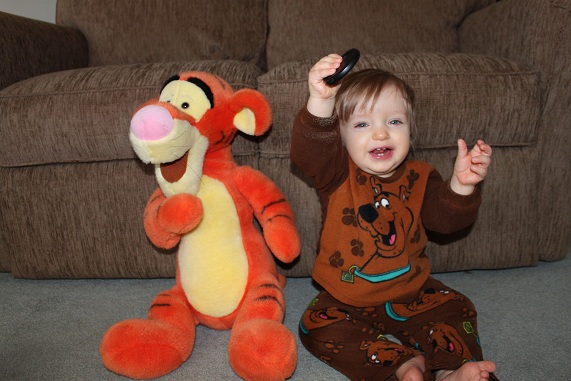 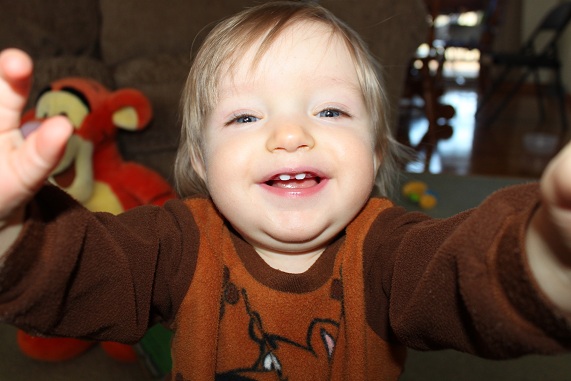 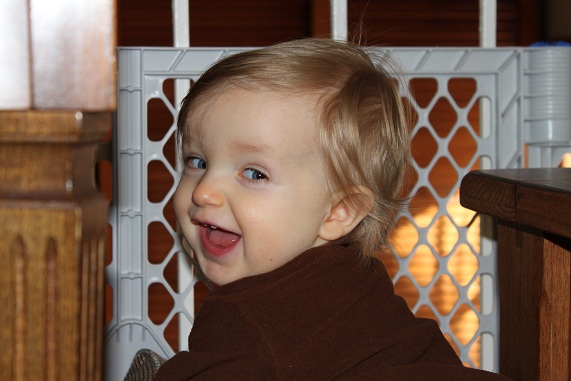 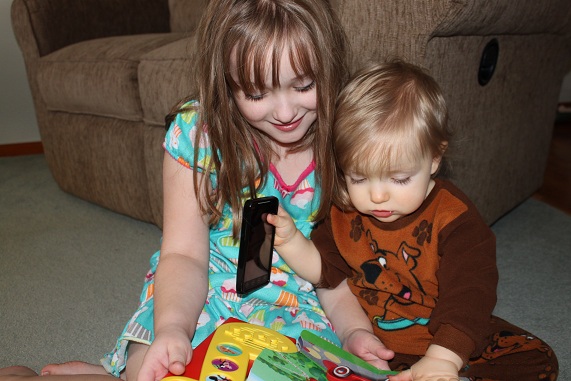 Hailey was home from school, also feeling sick (with a horrible cough).  Hailey and Hunter read a book together. 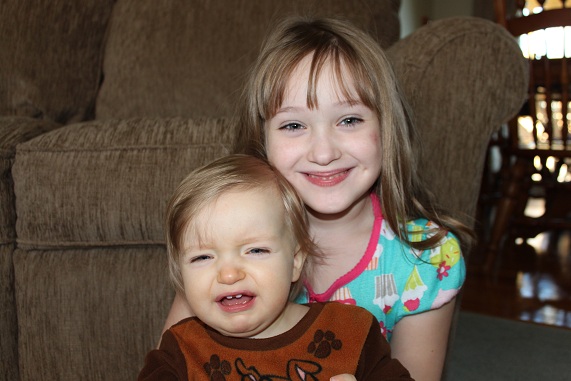 Hunter- 11 months (and not in the mood for anymore pictures) and Hailey- 6 years old. 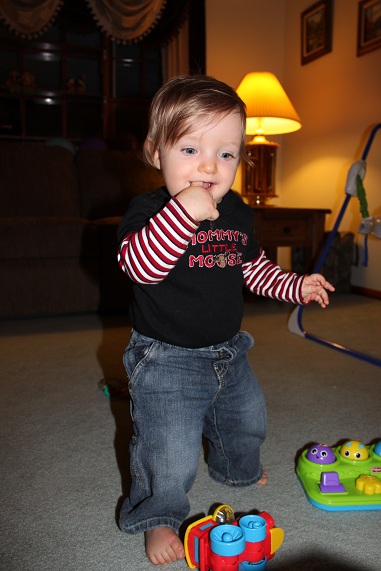 Earlier this month, Hunter started standing on his own, without holding on.  This picture it from a couple of weeks ago, but I had to include his big accomplishment!

Other new things this month:

Hunter has a few words… it’s amazing how fast he picks everything up!!  He says mama and dada (which stands for Daddy and Dottie).  Hunter also says “Hey-yee” for Hailey.   He holds phones up to his ear and says “Hey-yo.”  His favorite thing to say is “Uh-oh!”  He loves to throw things on the floor or “drop” them and say “Uh-oh.”  When we ask Hunter what the cow says he gets a big smile and says “Baaaaa.”  No matter how many times we tell him it’s “moooo” he still smiles and says “Baaaaa.”  Hunter also knows several signs- he does signs for more, eat, drink, doggie and milk.

Hunter gets into everything and definitely keeps me on my toes!!  He is one busy little guy.  He is funny too- one day he took apart the heating vent in the living room, which he knows he’s not supposed to do.  He left it lying on the floor and quickly crawled to the kitchen and sat down. Then every few seconds he would crawl back and peek into the living room at the vent he had taken apart.

Sleep is the same as it always has been.

Hunter is still nursing, he nurses 3 times during the day and usually once or twice during the night.  He eats some table foods, but is still mostly eating baby foods.  With the table foods he just chews and chews and never swallows,  so I guess he’s not really ready for them yet.

No appointment this month, so I don’t know his height/weight.  He is still wearing 12 month clothes and wearing size 4 diapers.