Day 6 started much earlier than I expected it to start.  It started at 12:30am… I heard that sound that no mother likes to hear- and I especially didn’t want to hear it while we were on vacation in Disney World.  Hailey was on her bed throwing up.  This repeated again around 2 am and 4 am.  Finally that was the last time she got sick and she slept soundly.  I didn’t really go back to sleep after the initial time she got sick because I was waiting to see if she was going to get sick again so I could catch it and not have to change the bed again.  Housekeeping was very kind to bring us all sorts of things like new bedding, towels, etc in the middle of the night.

We had originally planned to go to Animal Kingdom on this day, and we knew that was not going to be happening.  Instead I spent the morning doing some laundry.  Hunter was not happy to be spending the day in our room so I took him out and we walked around the resort while Rich hung out in the room with Hailey.  She took a nice relaxing bath and laid on her bed to watch tv and sleep.

While I was walking around I took some pictures of our resort.  Port Orleans Riverside is such a beautiful resort!  Here are some of the pictures I took: 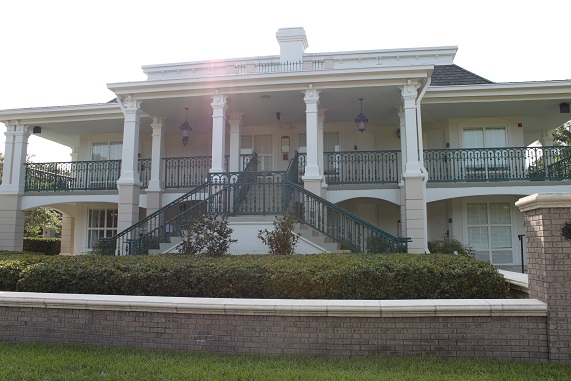 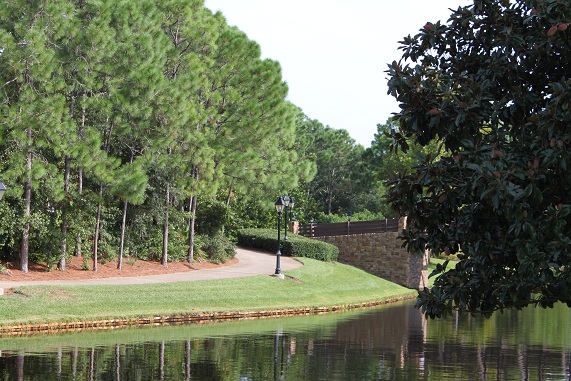 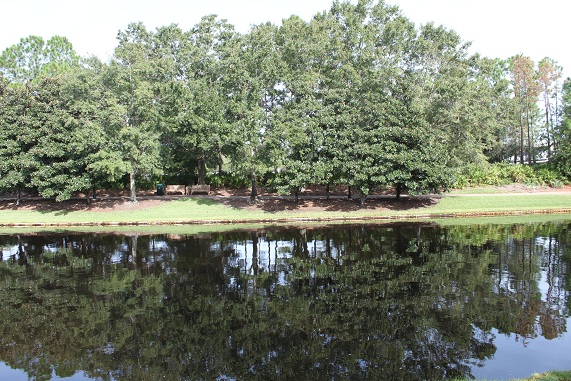 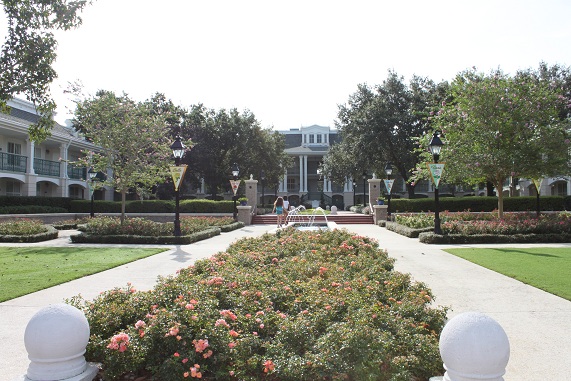 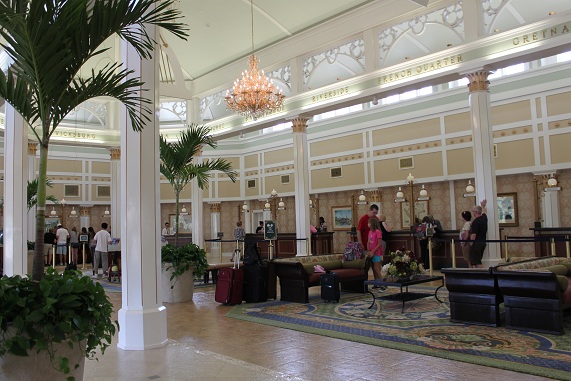 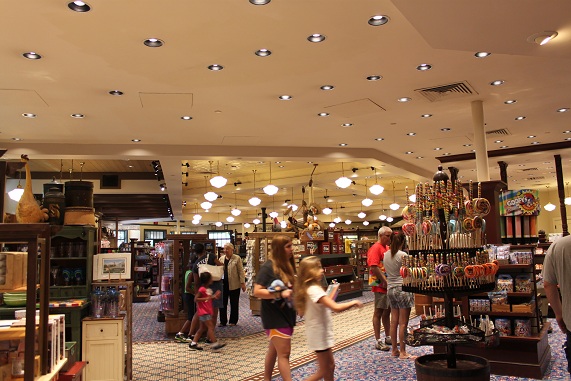 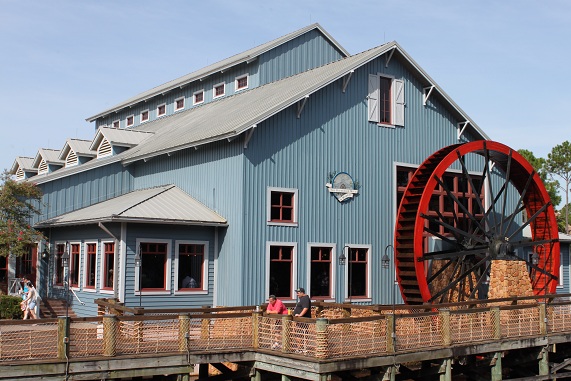 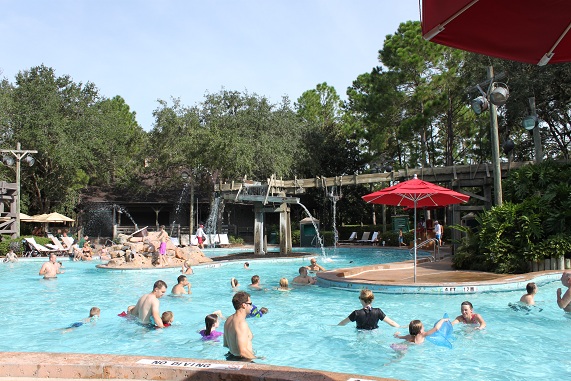 I finally saw the main pool which we had not been to yet. 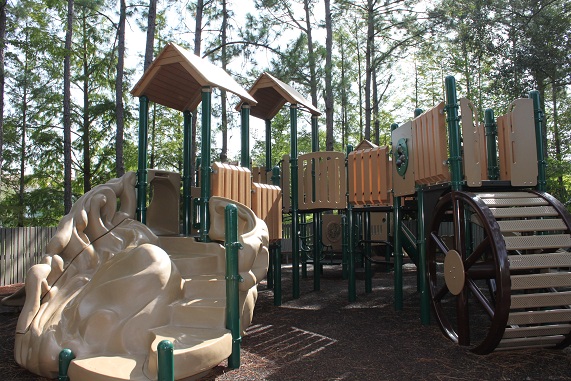 A fun looking playground, but for some reason it was empty.  Maybe kids don’t want to play on there when they can be in the pool instead. 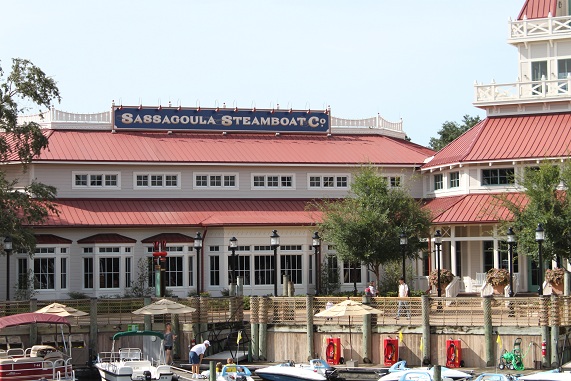 After I walked around for a while I went back to the room and everyone took a nice, long nap.  Except for me.  I was so tired from being up the night before but I couldn’t sleep because I was too worried.  What if Hailey didn’t feel better the next day?  What if Rich, Hunter and I all got the stomach bug, but all on different days so we would have to miss the rest of our days in the parks?  What if Rich and I were sick at the same time?  What if we were sick on the day we had to fly home?  So as you can see my mind was very busy thinking of all sorts of scenarios.

When Hailey woke up from her nap she was feeling a bit better.  She ate a little bit and kept it down.  She decided she wanted to go for a walk to look at the pool after I showed her the pictures I had taken of it.  She didn’t think she wanted to go in, just wanted to look.  So we went over to the pool and when she saw it she decided she did want to go in.  Our room was probably about a 10 minute walk from the main pool, so we really should have just brought our swimming stuff with us.  We went all the way back to our room and got changed to go swimming.

Hailey going down the water slide. 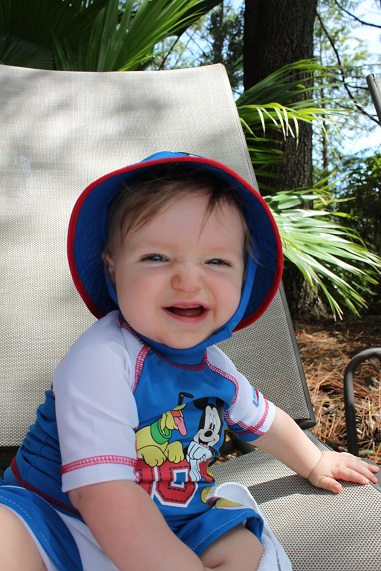 Hunter all ready to go in the pool.  He loved swimming!  He splashed and giggled and had so much fun.

Swimming seemed to really make Hailey feel better.  She had a great time, jumping in, playing, going on the water slide, etc.  So we just relaxed and stayed at the pool for a while.

We had a dinner reservation at Chef Mickey’s later that evening.  We weren’t sure what to do.  Hailey had eaten some and kept it down and seemed to be feeling better.  She had really wanted to go to Chef Mickey’s and had been really looking forward to it so we decided to go ahead and go. 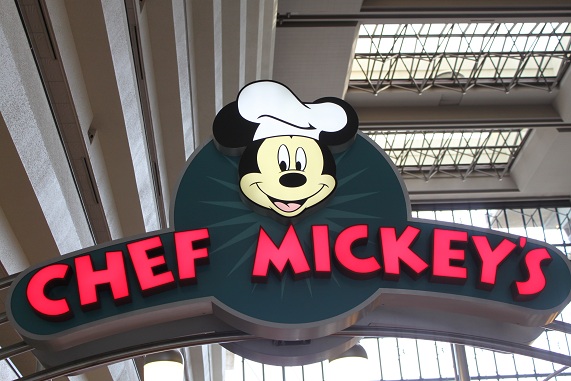 We got there and I checked us in.  Hailey was doing okay, definitely not herself, but seemed to be feeling much better. 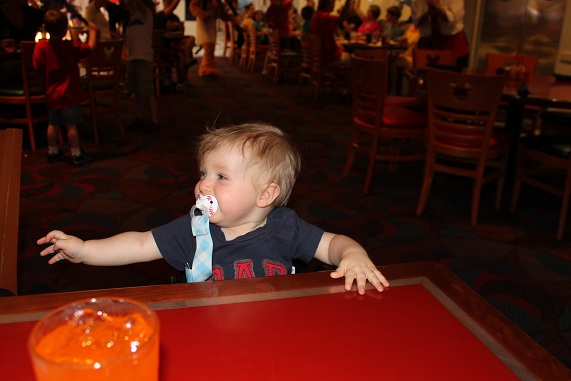 Hunter loved seeing everyone waving their napkins around.  He thought that was pretty funny! 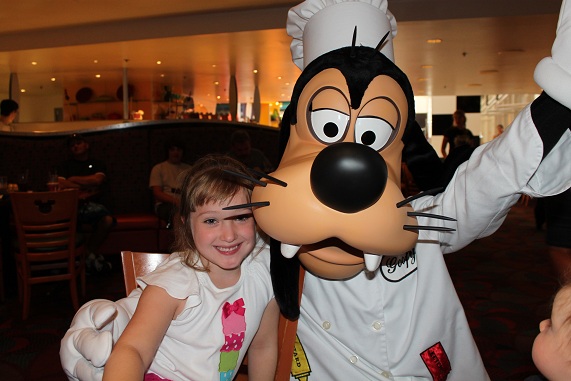 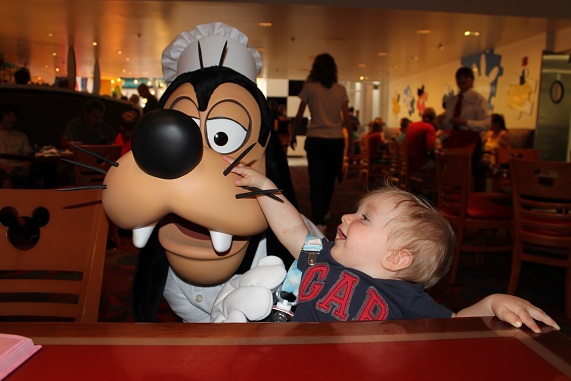 Hunter thought Goofy was great and kept laughing at him and trying to grab his whiskers. 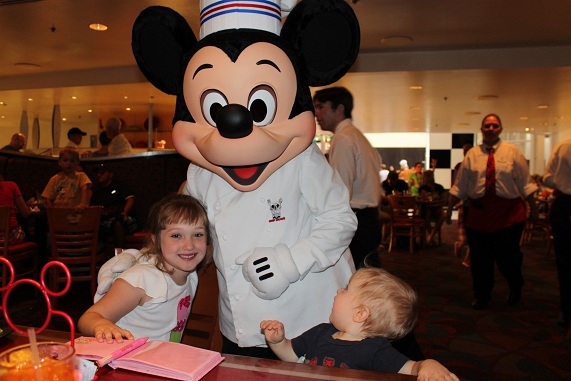 Hailey and Hunter with Mickey.  There was just no way to get Hunter to look at the camera- he couldn’t take his eyes off of the characters.

Hunter sure did love Mickey’s nose! 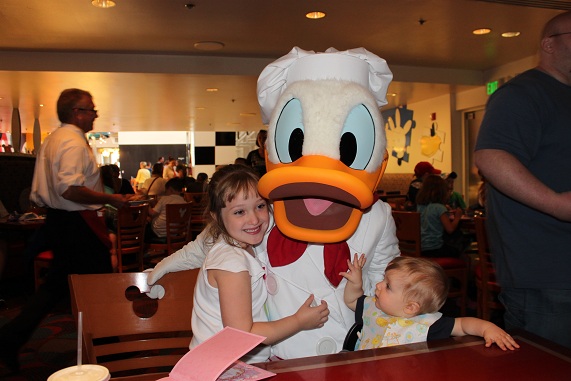 Hailey and Hunter with Donald Duck.  Hailey told Donald that he was number 1, not Mickey Mouse.  Donald Duck was quite pleased to hear that

He gave Hailey a high-five.

Hailey and Hunter with Minnie Mouse.  Hailey asked Minnie how many dresses she owns… Minnie started counting on her fingers, but she lost count and didn’t know how many she had. 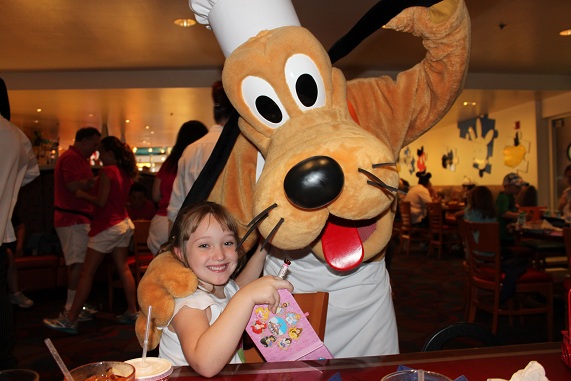 Hailey and Pluto… Hailey asked Pluto if she could scratch behind his ear- and when she did it Pluto stomped his back leg.  It was so funny!

Hailey didn’t eat much at dinner… Rich called her one chicken nugget that she ate the $19 chicken nugget.  But I was just glad she was feeling better and didn’t think we should push her to eat. 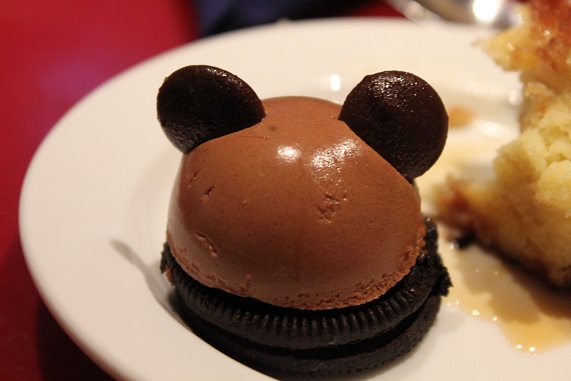 I just thought this dessert was cute, so I had to take a picture of it. 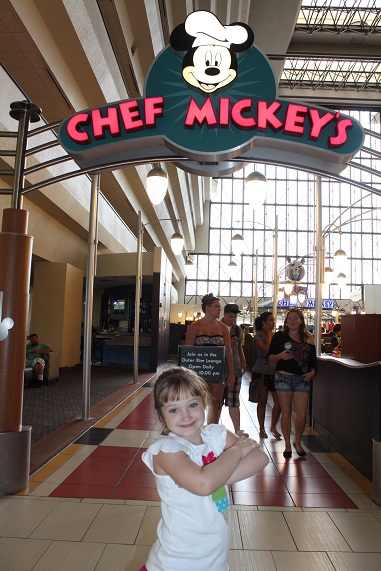 Hailey posing on our way out of Chef Mickey’s.

We walked back over to Magic Kingdom to catch the bus back to our resort and Hailey thought we should go to Magic Kingdom for a little while.  We thought it would be a better idea to get to bed early so she would be back to herself the next day, so we went back to our hotel.  We told her she could go swimming for a while instead.  When we got to our room I called the front desk to see if the slide was still open at the main pool- they told me it was open until 10pm.  It was just a little after 8, so we walked over to the main pool.  We found that the slide was actually closed since the life guards were already off duty

Rich and Hailey swam and played until 9:40.  Hunter was asleep in his stroller and I was falling asleep on the lawn chair since I hadn’t slept much in the last 24 hours.

Finally we went back to our room and were all asleep pretty quickly, hoping that we would all wake up feeling great the next day.