Day 5 was our sleep-in/relax day… so we slept in that morning.  It was so nice!  After taking it nice and slow, we headed over to the food court for breakfast.

Hailey with her breakfast… actually Hailey and I shared this meal and it was so yummy!  We had wanted to get a muffin to go with it, but there weren’t any muffins left.  I realize we went to breakfast after the mad-rush was over, but I was still a little sad that we couldn’t get our muffin.

After breakfast we took the nice boat ride over to Downtown Disney.

We saw Oak Manor, the building we were staying in, on our boat ride.

Hunter seemed to love being on the boat.

When we arrived at Downtown we saw this sign.  Rich loved it, so I took a picture of the quote.  I love reading all the quotes from Walt Disney that are posted all around.

First up we went to Once Upon A Toy.  All the details at all of the stores are just so amazing! 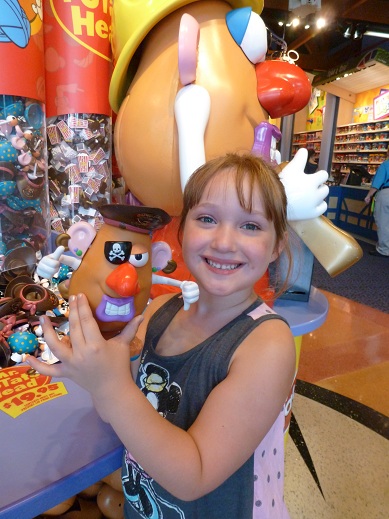 We played around in there for quite a while, there was so much to see.  We had never spent much time in that store before.

Next we headed off to World of Disney. 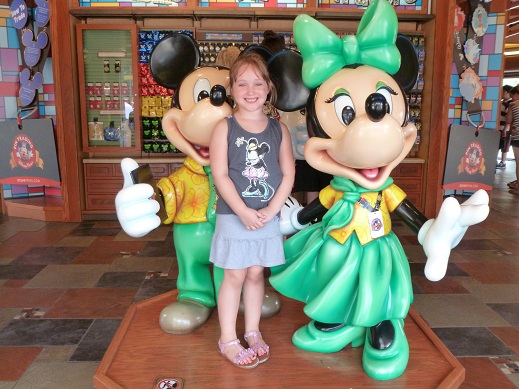 Hailey stopped to pose with Mickey and Minnie in the pin shop on our way there.

I don’t remember what store this was in, another one that was on our way to World of Disney.  I just remember all of the breakable items and telling Hailey not to touch anything!  I wonder how often this castle is purchased for $37,500. 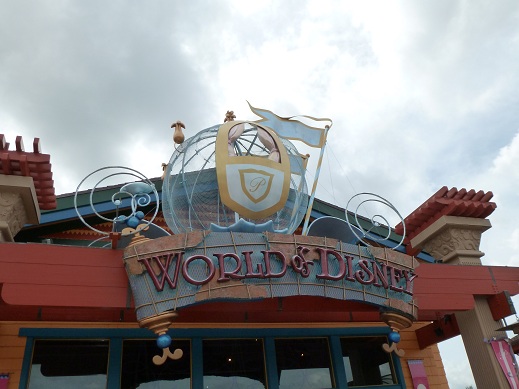 World of Disney… can’t go to Downtown Disney without going here!  We were in there for a really long time!!  Hunter took a nice long nap in his stroller and we just shopped and took our time and looked around.  It was nice and relaxing.  Hailey picked out several new toys to buy and we picked something out for Hunter. too 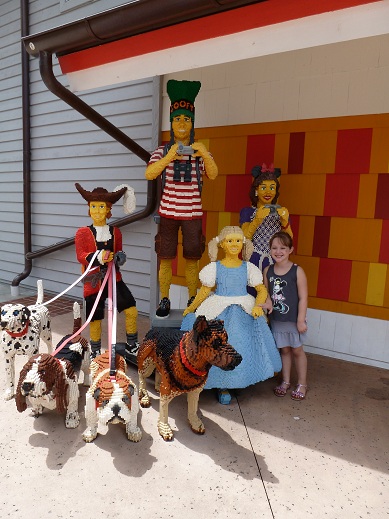 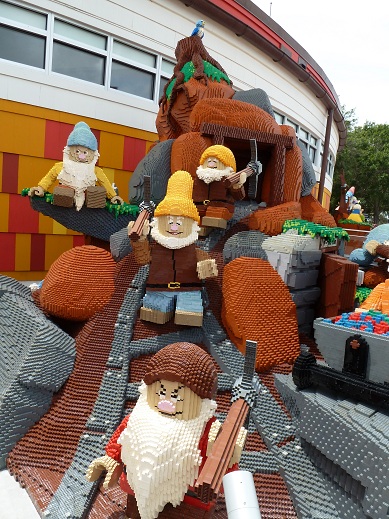 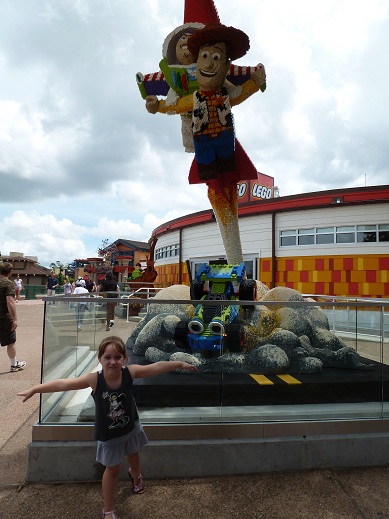 Then it was time for a little snack… First we stopped in the Ghiradelli shop and got a delicious sample of chocolate.  Then we needed to have some ice cream. 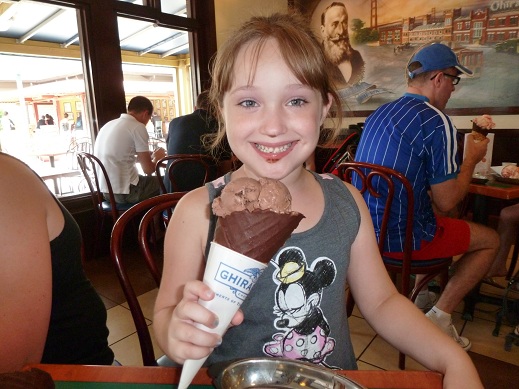 Hailey and her ice cream at Ghiradelli.  So super yummy!!

After that we took the nice relaxing boat ride back to Riverside. 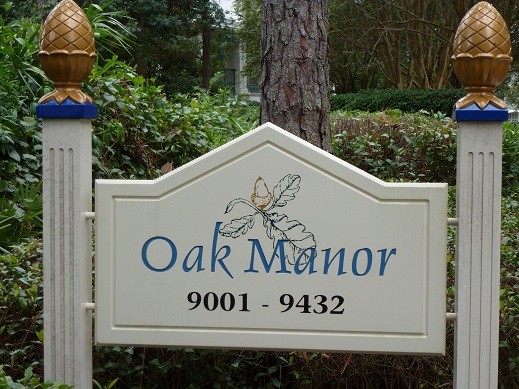 We relaxed in our room for a little while.  We had planned to go swimming, but ran out of time.  We had to be in Magic Kingdom at 4pm for an appointment for Hailey and there wasn’t time to go swimming before.  So, we just relaxed, which was nice.

All the fall decorations were out when we got to Magic Kingdom.  We had been there a couple of days before and there weren’t any fall decorations out.  I guess the fairies worked hard during the night getting it all set up. 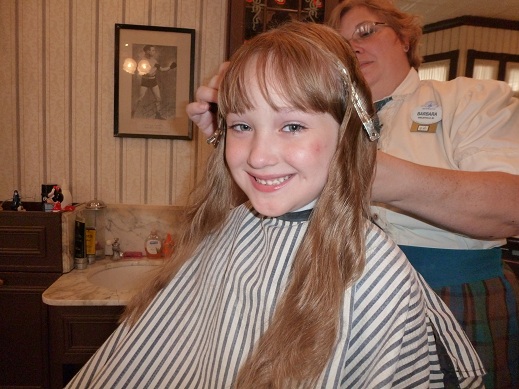 Hailey at an appointment at the Harmony Barbershop.  We had set the appointment up about a week before because she decided she wanted her hair to be shorter.  She didn’t want me to tell anyone she was getting her hair cut so that it would be a surprise.

See how much she got cut off!  It has made it sooooo much easier to brush her hair!! 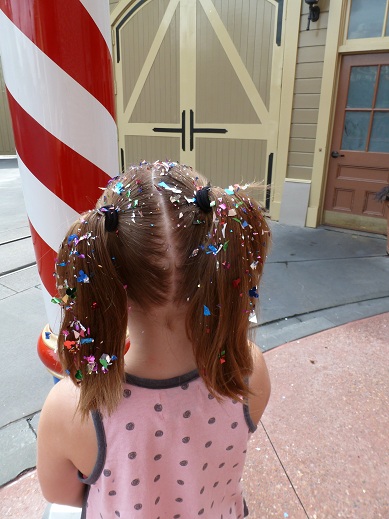 Lots of confetti in her hair!

We had a reservation for dinner at 6:40pm, so we had about 2 hours to get some rides done.  First we grabbed fastpasses for Splash Mountain, then we headed off to see how many rides we could get done before our fastpass time (6pm).

First up- Haunted Mansion (had no wait!).  Hunter looks thrilled 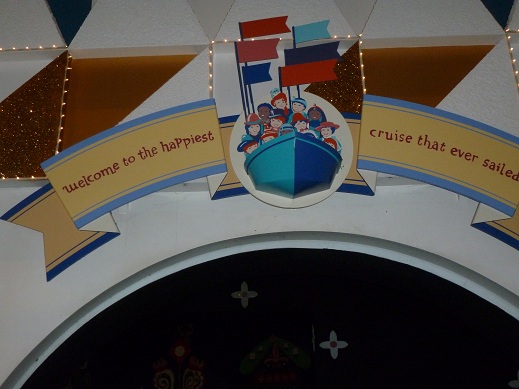 Next we rode It’s a Small World, which also had no wait. 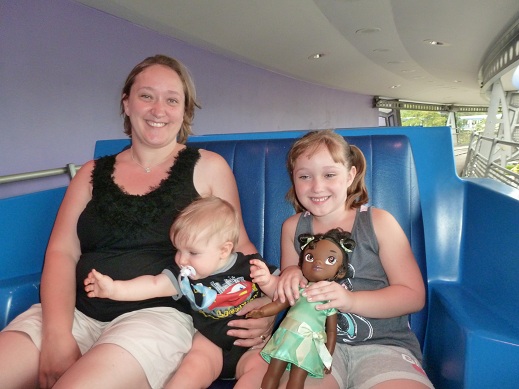 Then we went on the People Mover… also had no wait!  I love that ride!! 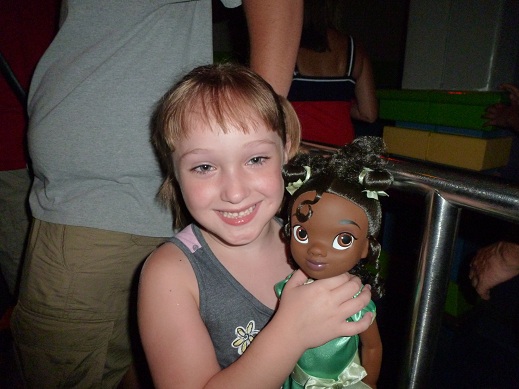 Hailey and Tiana in line for Buzz Lightyear Space Ranger spin… which had a wait, but only 5 minutes. 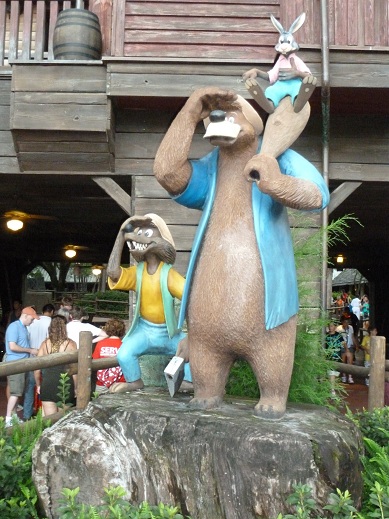 Time to use our fastpasses for Splash Mountain!  Hailey and Rich went on while I entertained Hunter.

I thought we got quite a bit done in 2 hours.  We were a little bit late for dinner though, I always underestimate how long of a ride Splash Mountain is.  Even if there is no waiting because of the fastpasses, it still takes a while. 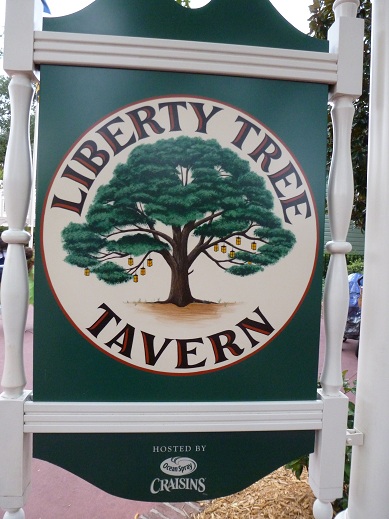 We ate dinner at Rich’s favorite place.  We ate at Liberty Tree Tavern for the first time last year and he loved it!  I’m pretty sure it’s going to be a must-do for us from now on.  Rich usually complains about everywhere we eat, and since he likes it here we’ll keep going back. 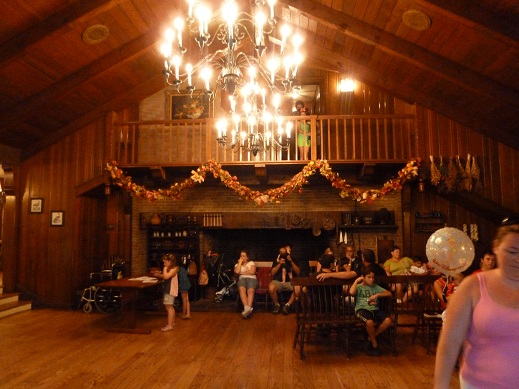 Waiting for our table.  The Cast Member who took our name told us that since we were a little late that we were going to have to wait 30-40 minutes.  We really only waited about 5 minutes, if even that long. 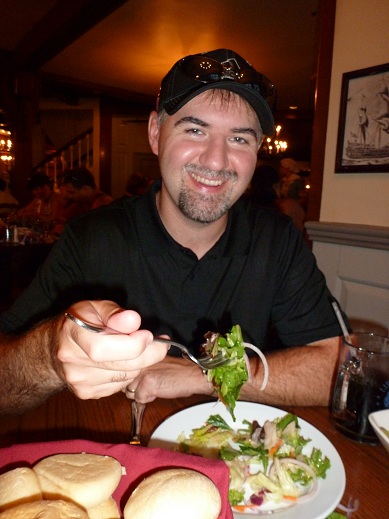 Rich enjoying his favorite dinner.  When we were done eating Hailey said she really liked it too.  And she ate a lot!  And asked for seconds.  Definitely a must-do!

After dinner we decided to head back to our resort.  It had been a nice relaxing day and we wanted to let Hailey get a little swimming in.  So far it was either too late or raining every time we had planned to go swimming.  So, we went back to get some pool time in.

When we got back I took a few pictures of our room while Hailey and Rich got ready to go swimming.

Fireworks on the headboards were so neat: 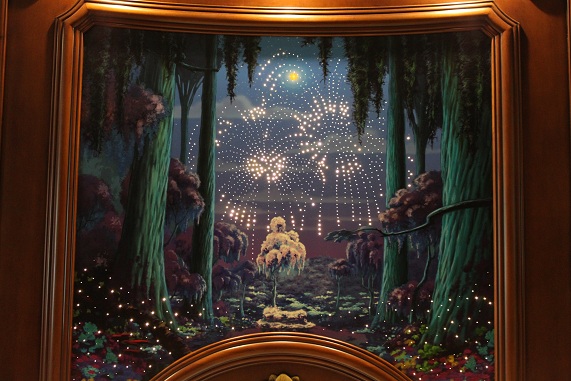 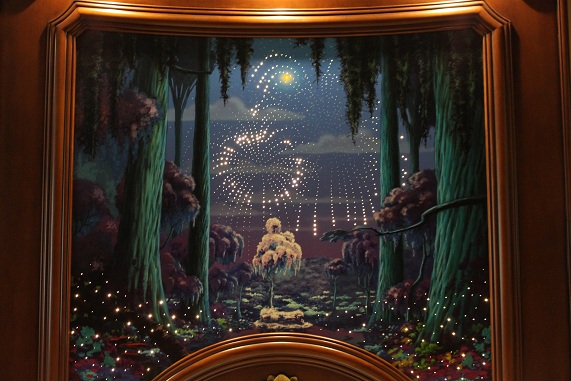 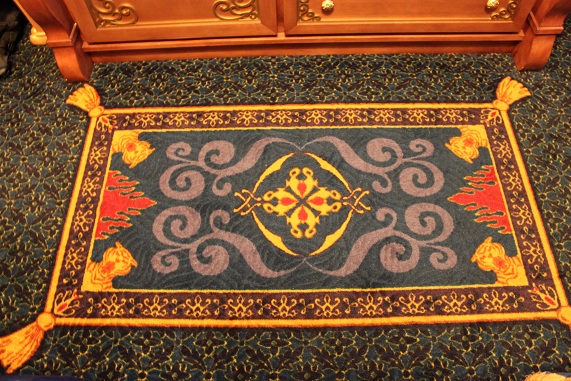 Fun in the pool. 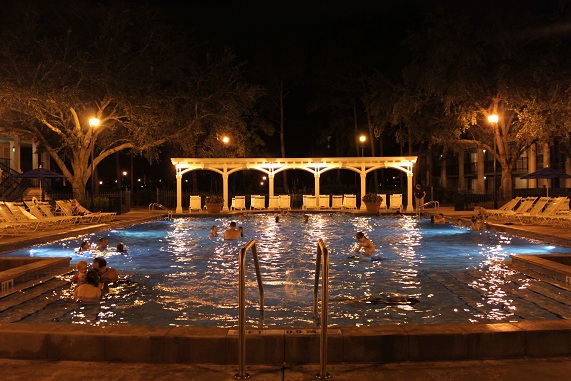 We went to one of the quiet pools- this was the one right by our room. We didn’t feel like walking all the way to the main pool- and we actually weren’t even sure where it was.

They swam for quite a while before we finally went back and got ready for bed.  After Hailey took her shower she was complaining that her stomach hurt.  That is not unusual for her, especially when she’s tired, so I didn’t think anything of it.  I just told her to lay down and go to bed and she’d be fine…