Hunter at 8 months old with Tigger

Some other pictures I took today: 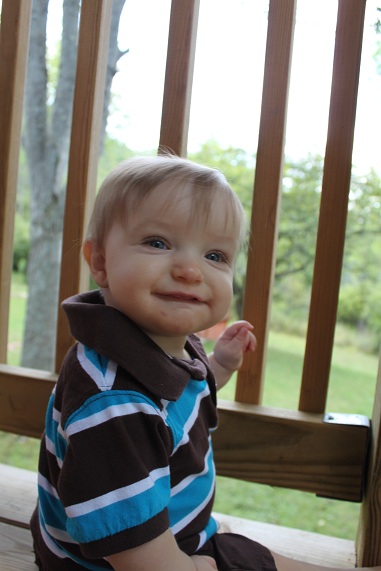 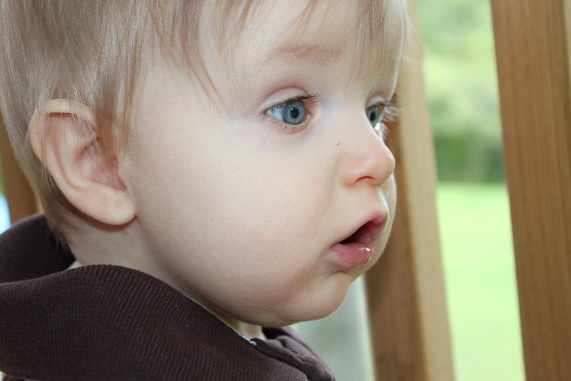 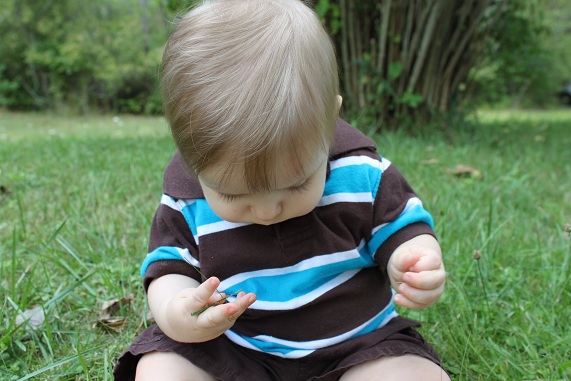 I’m not sure what it is, maybe it’s the outfit, but I think Hunter looks much older than he did when I took pictures at 7 Months Old. 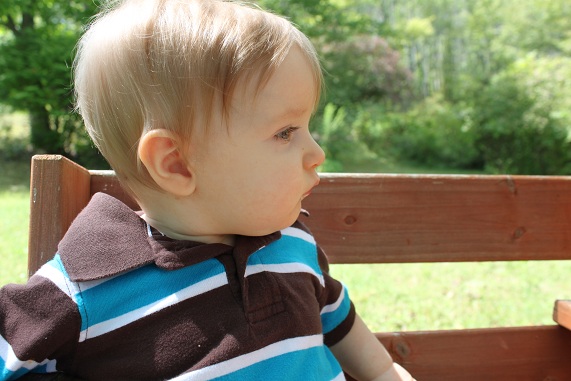 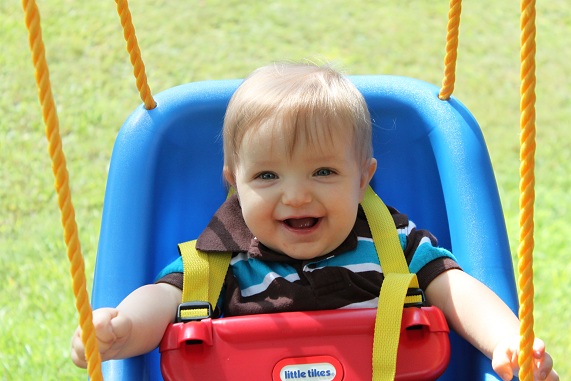 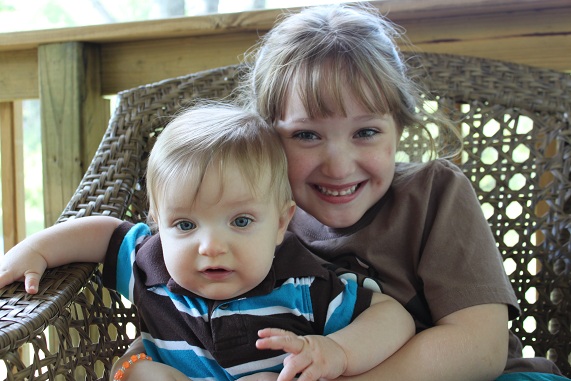 Hunter’s 2nd tooth came in right at the beginning of this month.

We finally saw a dermatologist about his rash.  She was no help at all.  She was really young and can’t possibly have much experience, so I am really frustrated.  She basically told us to use a bunch of expensive moisturizers and lotions.  The way the appointment went- she met with us, looked Hunter over, then left with the nurse.  Then the nurse came back in with instructions to get the rash to clear up.  So I couldn’t even tell the dermatologist that the pediatrician had actually thought of moisturizers/lotions before referring us.  By the end of the appointment Hunter was screaming, so I figured we’d try out her ideas (they are different moisturizers and lotions than we have ever used).  But her ideas have not worked and I had to go back to the prescription creams the pediatrician gave us.  When Hunter goes to his follow up in September I am requesting to see someone else.  The one thing that has gotten better is his cradle cap.  It had gotten so thick and so bad that it was making his hair start to fall out.  So I started putting Olive Oil on his head about 20 minutes before his bath and just letting it sit.  Then I would scrub his head with a soft baby brush and that really worked.  After a week there was a huge improvement!

Hunter now says “ma ma,” “da da,” and “ba ba.”  His favorite one to say is “ma ma” and he says it all the time.  I don’t know if he means anything by it, but I like to pretend he does.  He has also started his clapping hands.  When we try to get him to it, he won’t do it.  But as soon as we stop paying attention he’ll start clapping.  He also loves to mimic Hailey.  If she bangs on something, he bangs on something.  If she screeches, he screeches, etc.  It is so cute!  I also think that Hunter does the sign for “milk.”  It looks like he does it, he could just be squeezing his hand open and shut, but I really think sometimes he is asking for milk.

Hunter is not crawling yet.  He gets on his hands and knees and could crawl if he would just do it.  But instead he gets really mad and just cries.  He does manage to get around by scooting on his bottom.  I am in no hurry for him to crawl though, because once that happens I know I won’t be able to take my eyes off of him for a second!  Hunter can also sit himself up now.  He has been able to sit for a while if we put him in the sitting position but he can now get himself sitting up.

Sleep has been pretty awful!  Just in the last week he won’t stay asleep at all when I put him down in his swing.  I get him to sleep but as soon as I try to lay him down for his nap he wakes right up.  Usually at night he stays asleep for a couple of hours in his bed before he starts waking up.  Someday he’ll sleep, at least that’s what I keep telling myself (Right now, I am typing while I am holding him so he’ll stay asleep.).  The only good thing in sleep related news is that Hunter is on a schedule- he naps around 10am and 2:30pm and is ready for bed around 7:30pm.

I have given up hope that Hunter will ever take a bottle.  I had a stash of frozen milk that I finally had to throw away.  He nurses about every 4-5 hours during the day and he eats baby food (fruit for breakfast, veggie for lunch, dinner for dinner.).  He seems to like his baby food, which makes it a little easier for my parents to watch him once in a while so Rich and I can go out.  I don’t have to rush home every other hour to nurse him since he’s eating baby food and going longer between feedings.

Hunter did not have an appointment this month, so I tried to do my own measuring at home.  I think he weighs about 20 lbs and I think he’s about 28.25 inches.  He is still in 6-9 month clothes, but some of his onesie shirts are getting a little hard to snap, so I’ve started getting out some of the 9-12 month clothes.  He is still in size 3 diapers during the day and size 4 diapers at night.