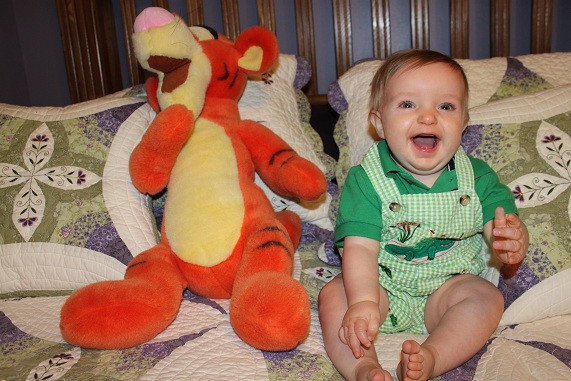 Hunter at 7 months old with Tigger 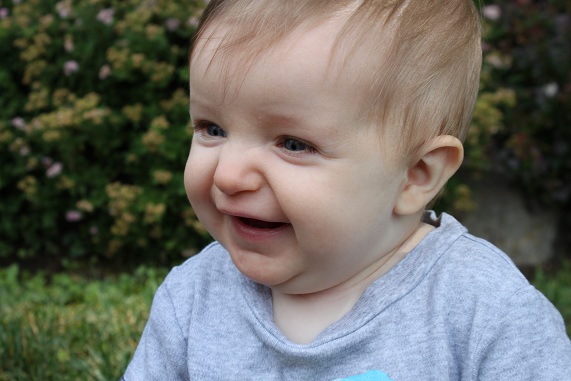 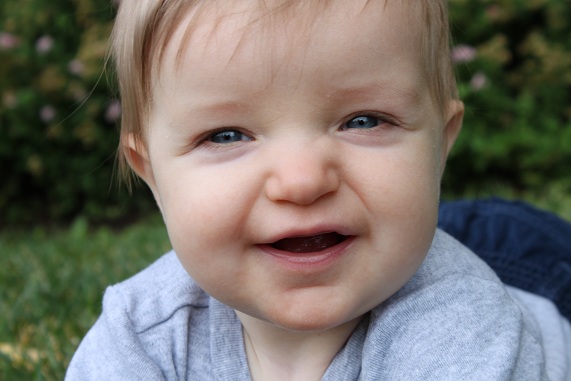 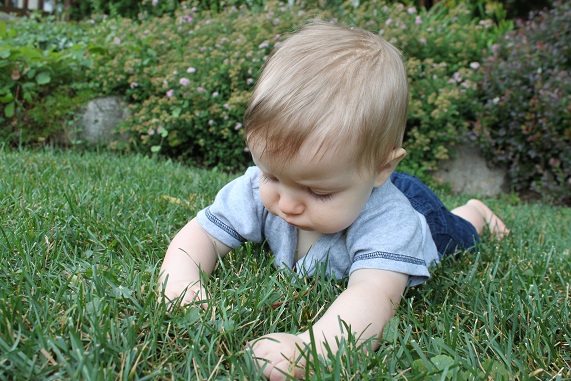 Trying Cheerios for the first time. 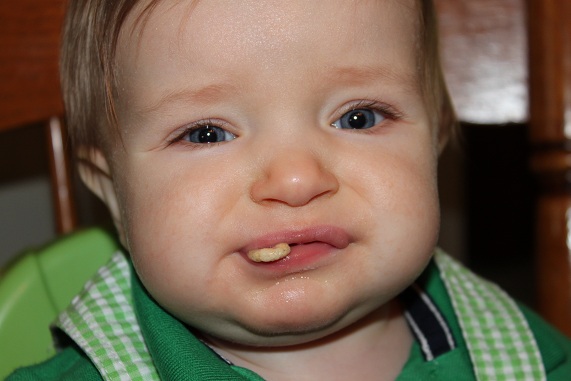 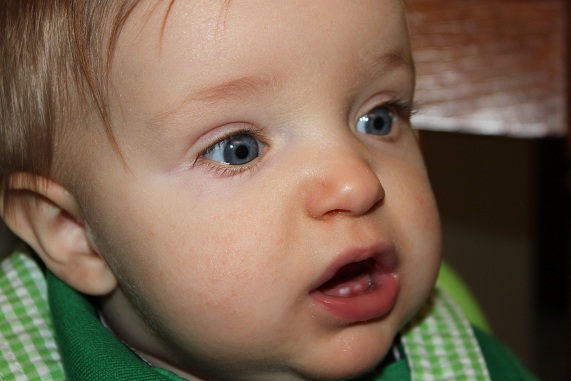 See those little teeth- so cute!  The 2nd one is not quite through yet. 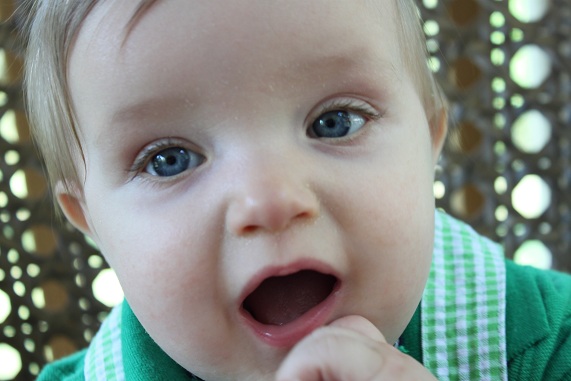 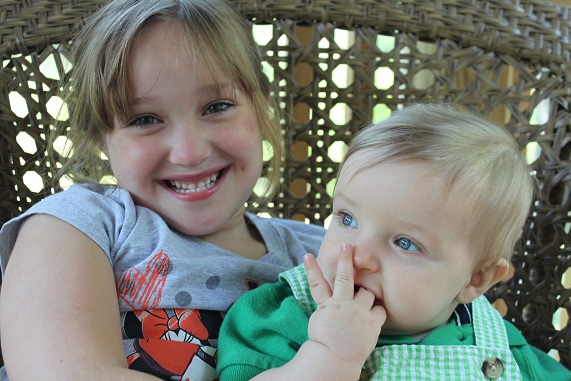 Hunter just got his first tooth a few days ago (on July 12th).  The other one is just under his gums and will hopefully be all the way in soon.

Hunter had his first ear infection this month:-(  It was actually caused by the rash that he has, the one that started Memorial Day weekend.  He isn’t covered from head to toe anymore, but it’s still on a lot of his body.  The rash was also in his ears and then the skin started to peel.  The peeling skin blocked his little ears, and they got inflamed and then infected.  Poor little man cub had to have his ears flushed out so they could see inside.  He cried so hard and it broke my heart.  Once they were clean it was clear that both ears were infected.  Hunter is going to a dermatologist next week and I sure hope we can figure out this rash.

Sleep- Ugh!  Hopefully once Hunter’s second tooth comes in he will start sleeping better.  Lately he’s been waking up an hour or two after he goes to bed and he will not stay asleep unless he comes to bed with us.  Naps are okay, but he is still napping in his swing.

Hunter is still breastfeeding and refuses to take a bottle.  When my mom tries to give him a bottle he blows raspberries on the bottle and will not take it.  He’s a stubborn little man.  He also eats baby food at lunch and dinner and for the most part likes everything he tries.

Hunter did not have an appointment this month, so based on me trying to weigh him at home, he’s about 19 pounds.  He still wears 6-9 month clothes and size 3 diapers (size 4 at night).