We went to a local fest over the weekend and here are some pictures of the fun times: 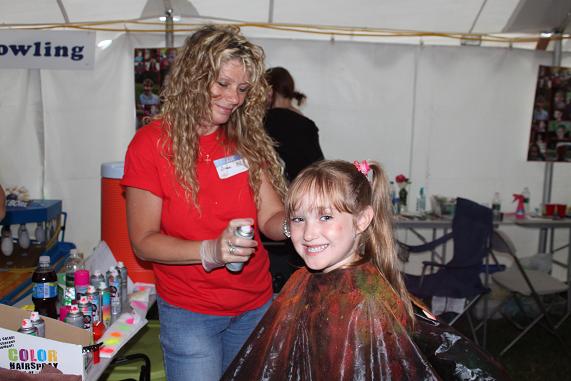 Hailey wanted to have her hair painted- she picked one pink pigtail and one green pigtail.

Rich decided to enter his name in a drawing to win a free hot air balloon ride.  When they picked a winner the person wasn’t there to accept the prize, so they picked again- and Rich won!  Here he is on the radio talking about winning.  Unfortunately he wasn’t able to go on it because it was too rainy. 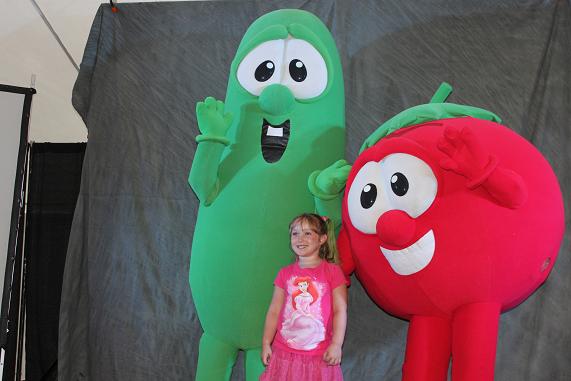 Hailey with Larry and Bob 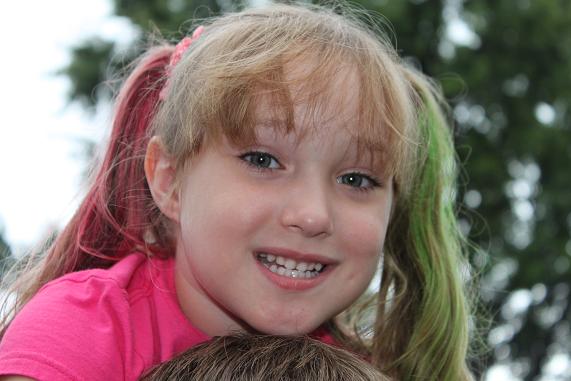 Waiting for the iCarly concert to start.

Shane Harper was the opening act for iCarly and Hailey wanted me to take his picture because she thought he was handsome. 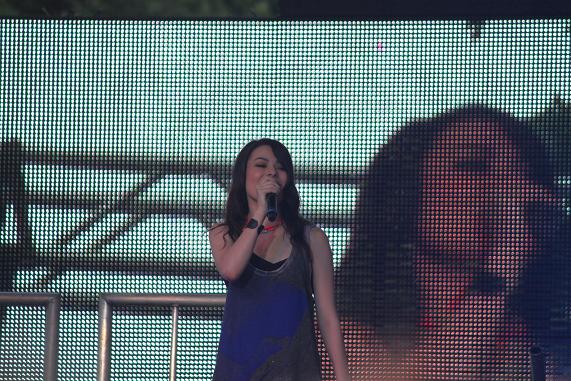 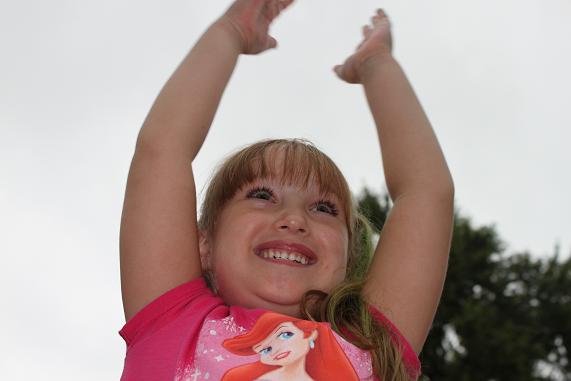 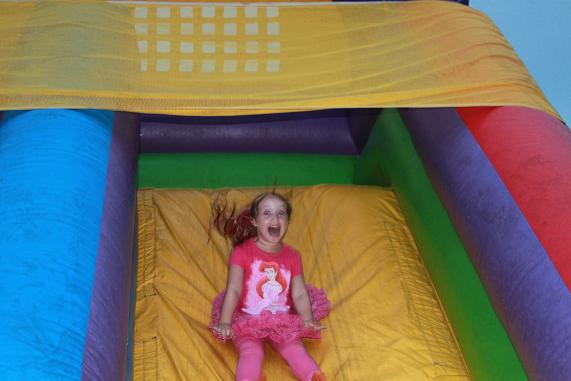 The $3 slide.. .which if you know Rich then you know it nearly killed him to pay $3 for Hailey to go on a slide. 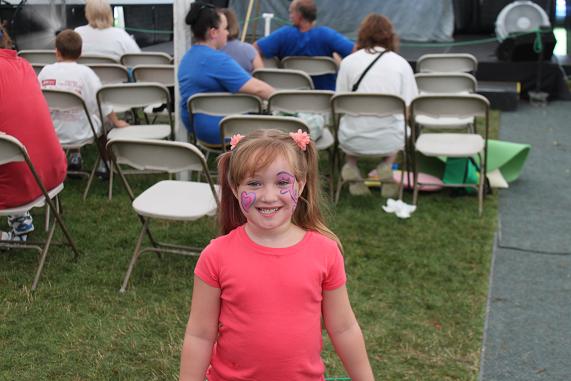 We went back the next day too but the only picture I have is this one of Hailey with her face painted.  It was a fun weekend.

« My Princess
Another Day at Knoebels »