Since I read Let Me Hold You Longer by Karen Kingsbury I have been trying to make sure I document Hailey’s lasts as well as her firsts.  If you are a parent and you haven’t read this book I highly recommend it, in fact I think it should be a requirement for all new parents to read.  It’s a children’s book and Hailey requests it often.  I can never get through it without crying.  It’s basically about how fast our children grow up and how if you knew it was their last time doing something (giving you dandelions, asking you to carry them, drawing you a picture, etc.) you would probably want to hold on to the moment a bit longer.  So, anyways- here are some pictures from Hailey’s last t-ball game: 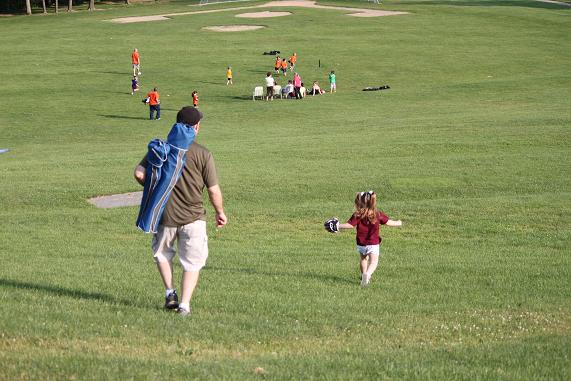 At every game Hailey and Rich had a race down the big hill to her team.

Playing in the outfield. 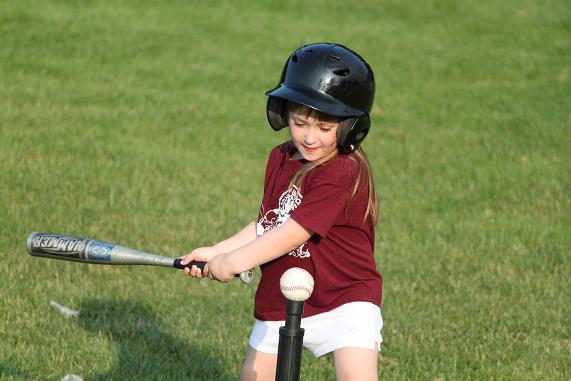 About to get a hit! 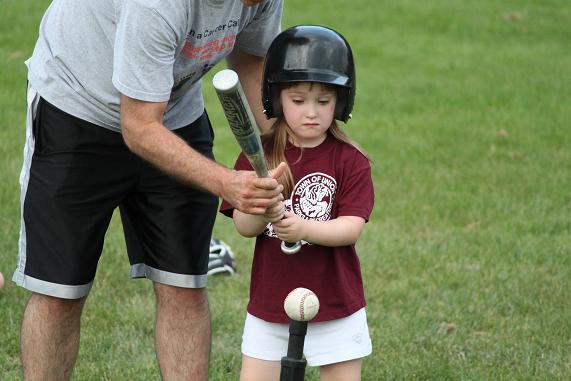 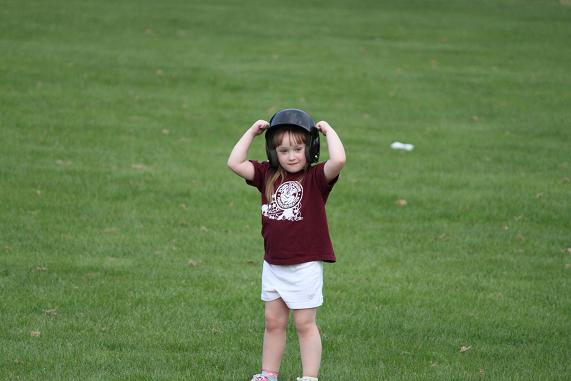 On 3rd base- knocking on her helmet

Giving the other team five at the end of the game.

After the game Hailey’s coach took the team out for ice cream.  I really enjoyed watching Hailey play t-ball- seeing a bunch of 4 and 5 year olds play t-ball can be pretty comical.  She really learned a lot though and loved each and every game!