Our trip went by super fast and day 8 was our last day to go to the parks.  We had an early breakfast reservation at the Crystal Palace so we headed to Magic Kingdom bright and early. 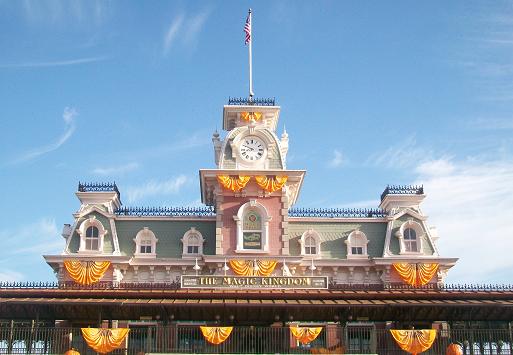 We’ve never seen a “rope drop” before, which is basically the opening ceremony at the park, so we decided we wanted to see it.

We had a pretty good spot to see the opening show.  We loved it!!

Then it was time for breakfast. 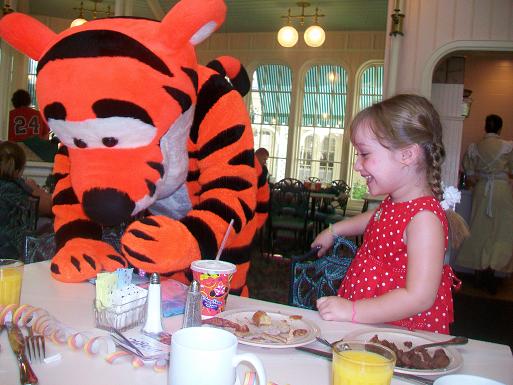 Tigger signing an autograph for Hailey. 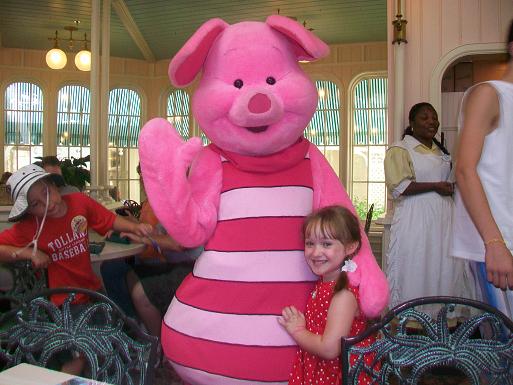 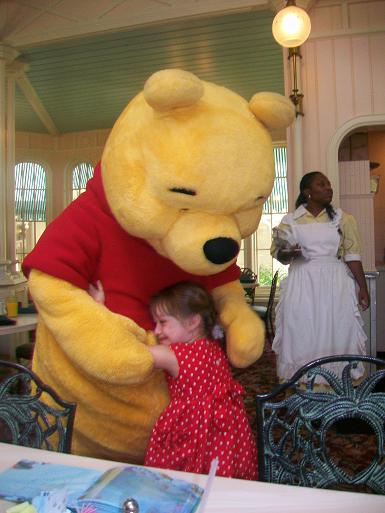 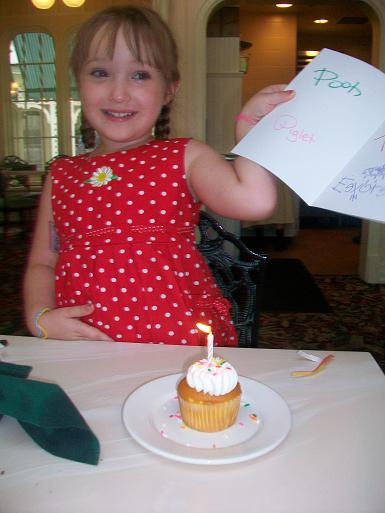 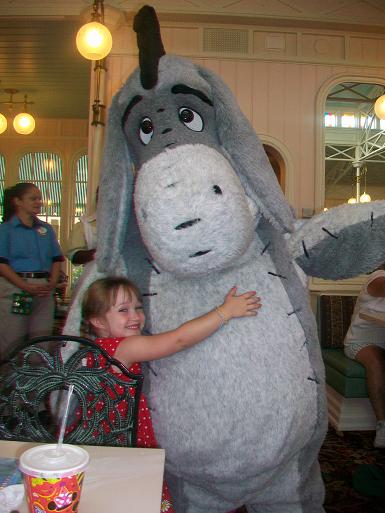 A big hug for Eeyore.  Hailey asked Eeyore why he was always so sad.  He pointed to his stomach, so I guess that means his tummy hurts.

I love the colorful character topiary when you first enter the Crystal Palace, so I had to take some pictures on our way out: 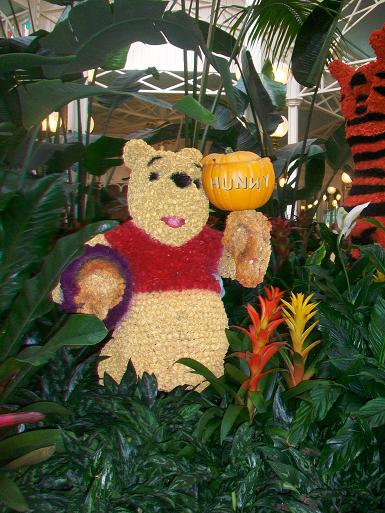 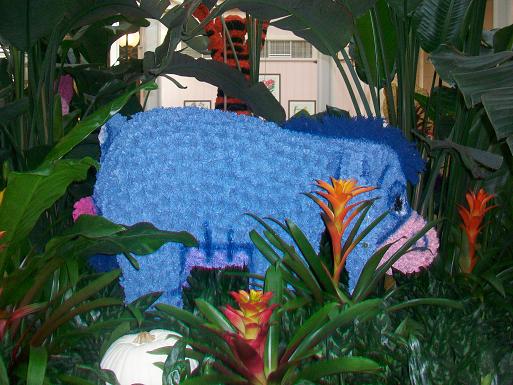 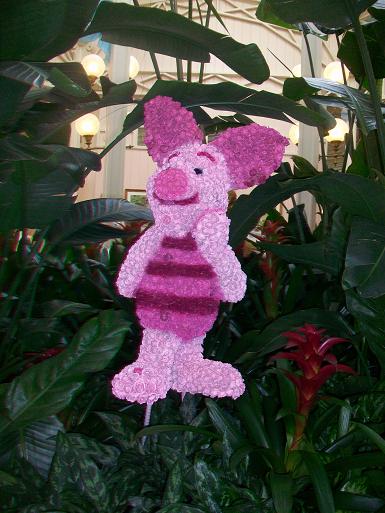 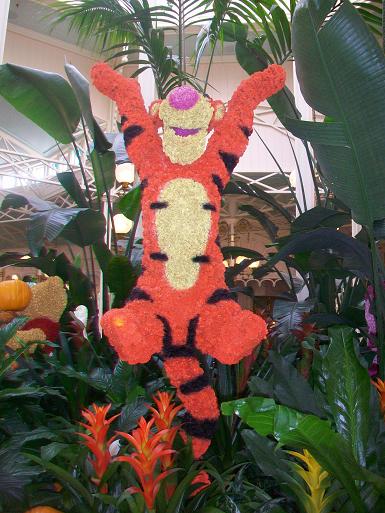 Since it was our last day we went off to ride on Hailey’s favorite rides again. 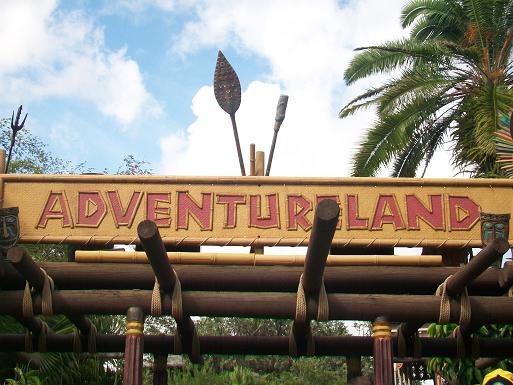 We started in Adventureland

First up we went on the Magic Carpet Ride since it broke when we were sitting on it waiting to ride on day 7. 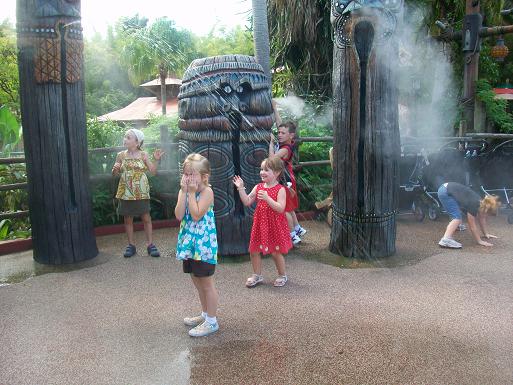 We rode on the Jungle Cruise and then Hailey played in the water for a little while. 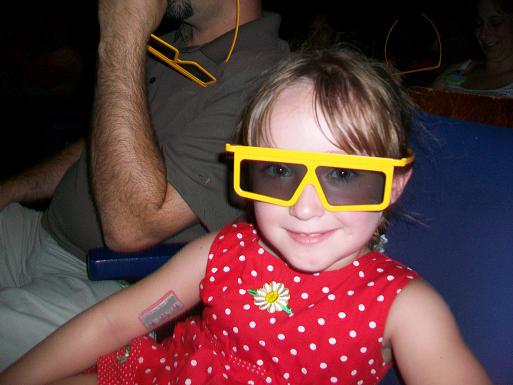 Hailey and her “opera glasses” at Mickey’s PhilharMagic 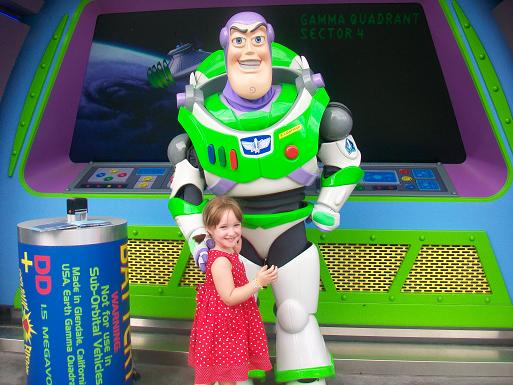 And one last attempt at pulling the sword from the stone:

And she pulled it out!  I love the look on her face!!  It was actually pretty heavy so Rich and had to help her pull it all the way up. 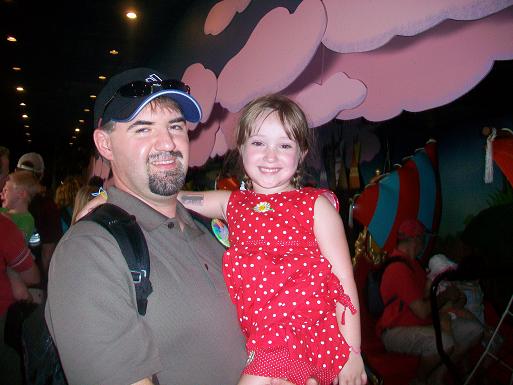 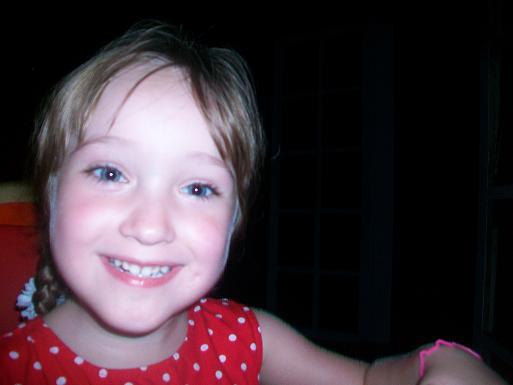 Hailey on her favorite ride 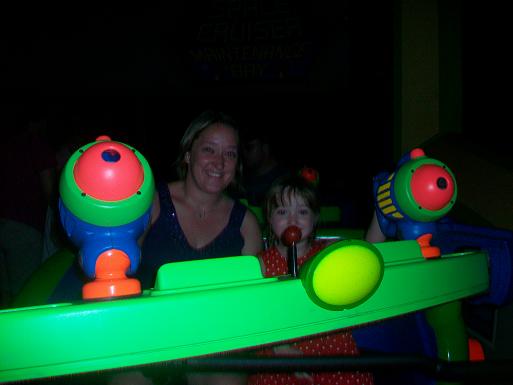 Me and Hailey on Buzz Lightyear’s Space Ranger Spin 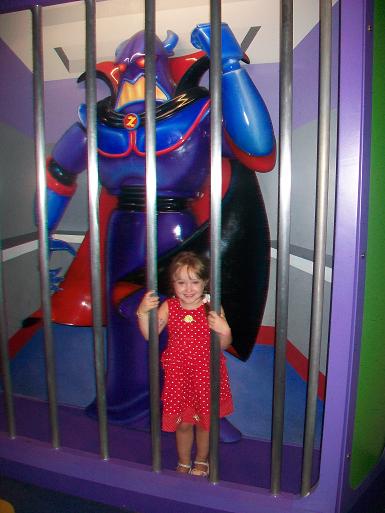 Hailey was so excited to get to pose with the captured Zurg.  She had remembered from 2009 that he was at the end of the ride and had been asking repeatedly to see him.  Earlier in the week he was covered up so we were glad she got to see him on our last day. 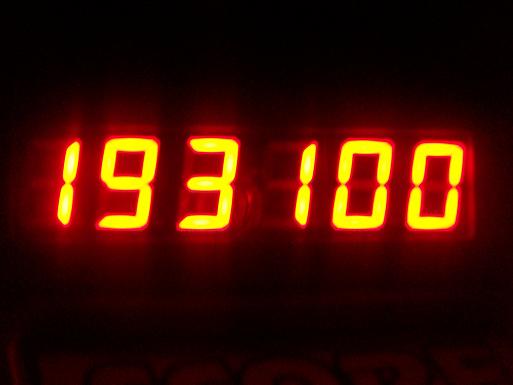 We rode Buzz Lightyear’s Space Ranger Spin again and I got my highest score ever.  Never mind that we got stuck in the one of the rooms and I was able to keep shooting.  But after we got unstuck I wasn’t able to shoot for the rest of the game, so it all evens out (except that I usually get a very low score). 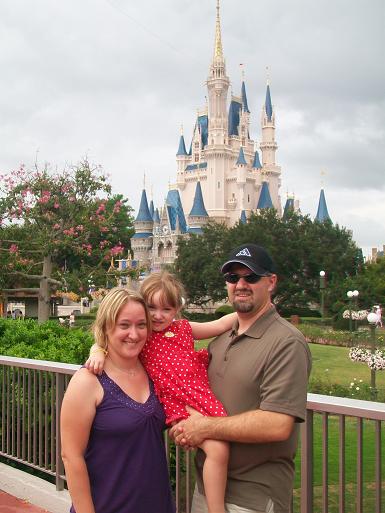 We stopped for one last pose by the castle before going to see the parade.

I’m not sure how we managed to miss the Celebrate a Dream Come True parade all week, but we did.  But we were excited to get to see it.

And then it started to pour.  I can’t complain though because this was the only day it rained at all during our entire trip.  We actually had amazing weather, it wasn’t even humid until about the 7th day.  But I was disappointed that it had to pour just as the parade was starting.  Rich took a few pictures from under his poncho but they cut the parade really short. 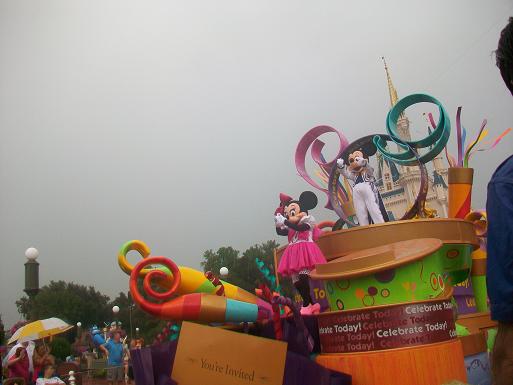 After the parade we went over to Epcot to enjoy Extra Magic Hours on our final night.

We started out in Innoventions West and played “Where’s the Fire?”  Then Hailey got to practice getting out of the house if there was a fire.

Then we went over to Innoventions East and did Storm Struck, played in the Test the Limits lab and then we played Don’t Waste It. 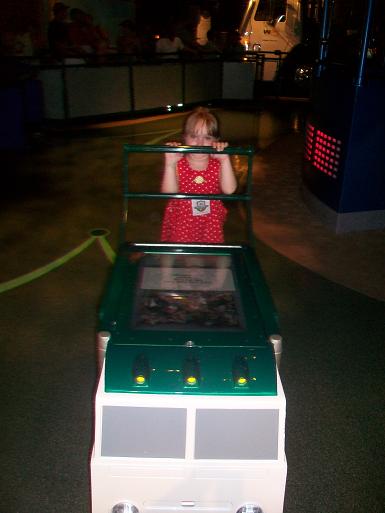 Hailey pushing our garbage truck in Don’t Waste It.

Then we had some delicious dinner at the Sunshine Season Grill.  It was raining again and we were wet.  When you’re wet and in the air conditioning it is sooooo freezing.  We decided to just do a few more things- so we went to the Imagination Pavilion and rode on the Journey into Imagination with Figment.  Then we had to finish up with Hailey’s favorite ride at Epcot- Nemo.  Afterwards we went to Turtle Talk and then decided to head back to our hotel. 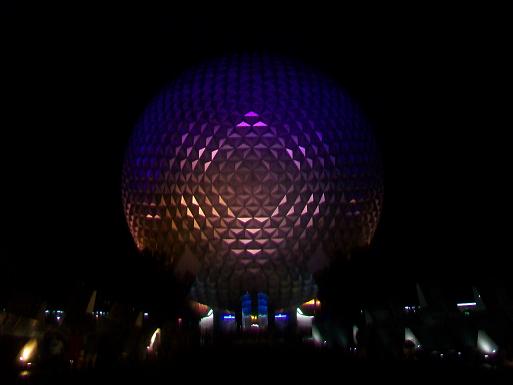 On our way out of the park. 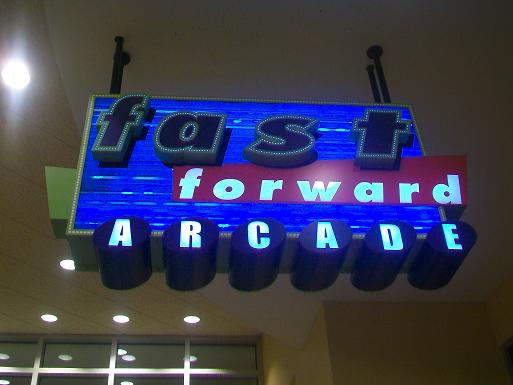 When we got back to our hotel we played at the arcade for a little while and then we were off to bed.

Hailey’s favorites of the day: ride- Peter Pan and Nemo, character- Buzz Lightyear.  Her favorite thing that happened- when she pulled the sword from the stone.