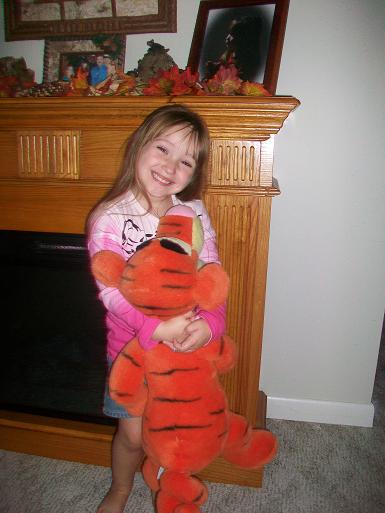 Hailey with Tigger at 4 years old 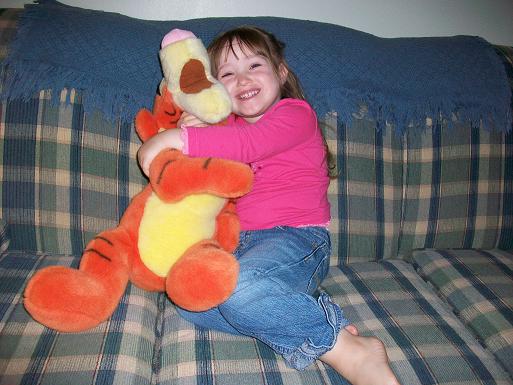 Hailey with Tigger at 3 years old.

Hailey with Tigger at 2 years old. 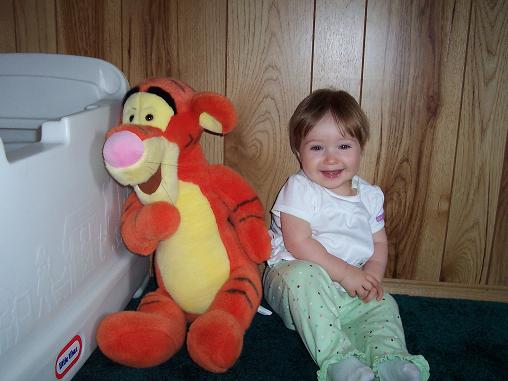 Hailey with Tigger at 1 year old. 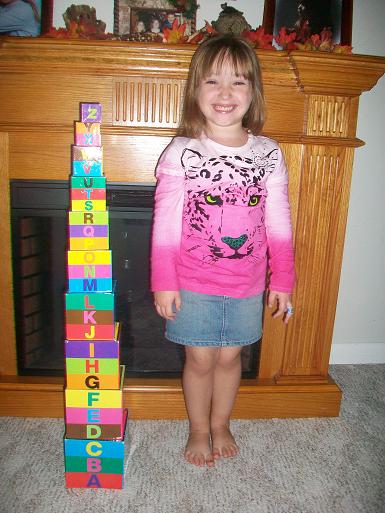 Hailey next to her ABC blocks at 4 years old. 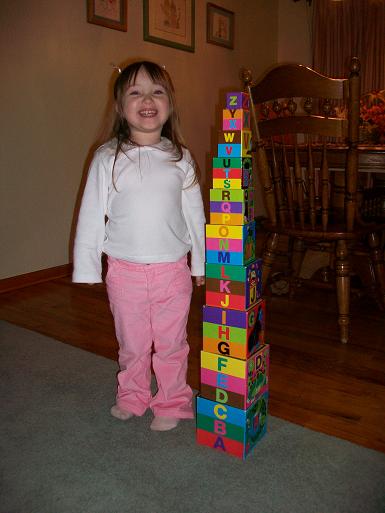 Hailey next to her ABC blocks at 3 years old. 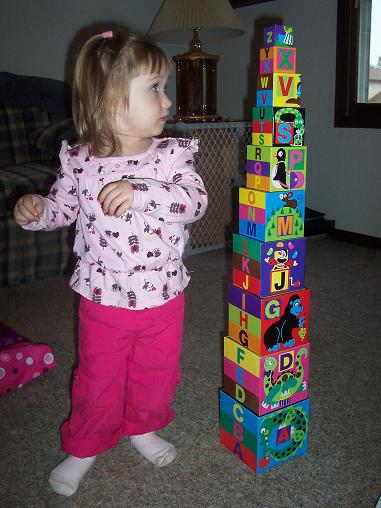 Hailey next to her ABC blocks at 2 years old.

Hailey actually turned 4 about 2 weeks ago but she just had her 4 year physical so I wanted to wait until after her physical so I could post her new stats.  Hailey is now 41 3/4 inches tall which is in the 90th percentile.  Her doctor thinks she might slow down a little this year and average out a bit with her growth. We’ll see- she’s always been around the 90th percentile.

Developmentally- Hailey is still doing fantastic.  Of course I’m her mother so I think she’s perfect- but even her pediatrician says she’s pretty smart.

I love Hailey’s pediatrician- he is fantastic!  Her physical took an hour and a half- that’s a long time!  He wasn’t in the room the entire time, but he was for most of it.  He did a thorough exam and talked to her a lot.  He asked her if she sleeps in her own bed, so she told him she has her own bed but that she also sleeps with mommy and daddy.  I told him she comes in every night around 3 to get in bed with us.  His response- “You know she won’t do that forever.  No one ever walks into my bedroom in the middle of the night anymore and says ‘Dad, I’m cold, can I sleep with you?’ So enjoy it.”  Which almost made me cry… she’s growing up way too fast!!

A few of Hailey’s favorite things at age 4- “My Baby All Gone, princesses and princes, SpongeBob, singing songs, reading books, coloring, watching TV and DVDs, going to school and playing outside.  My favorite friends are J (her prince) and Anika.”