After a short night we got up bright and early (thanks to another wake up call from the characters) to head to ‘Ohana for breakfast. 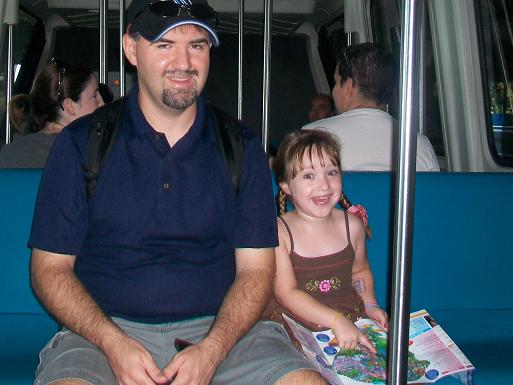 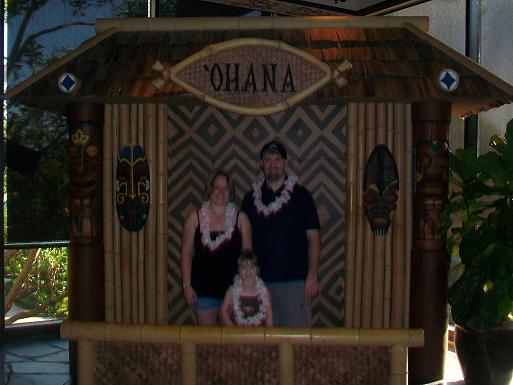 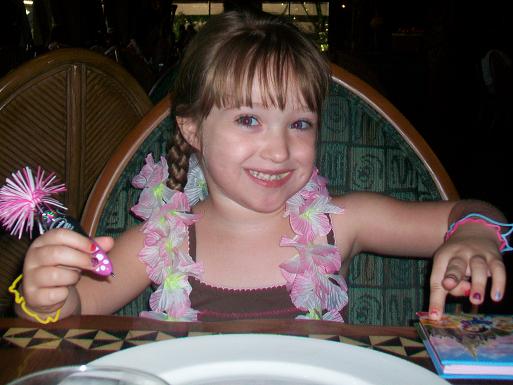 Hailey enjoying her breakfast and getting her autograph book ready for the characters. 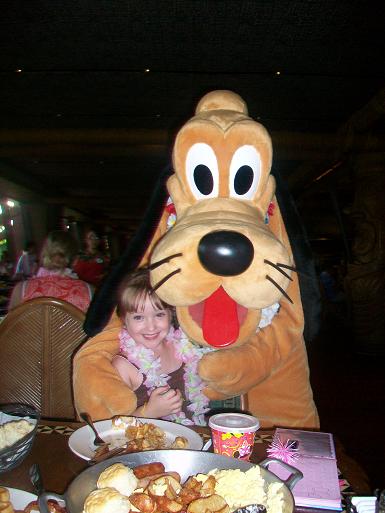 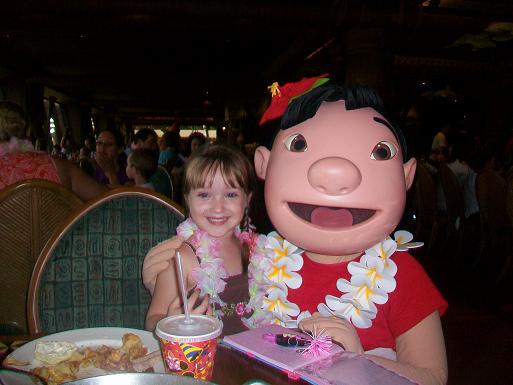 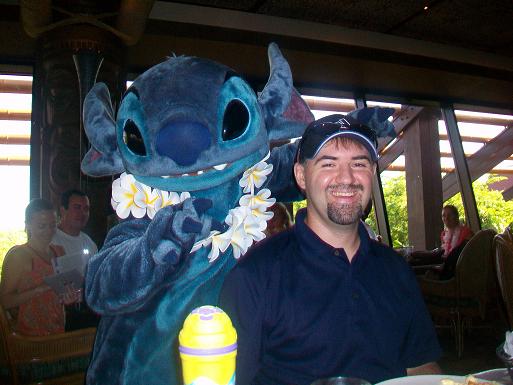 Stitch had a little fun with Rich before stopping to see Hailey. 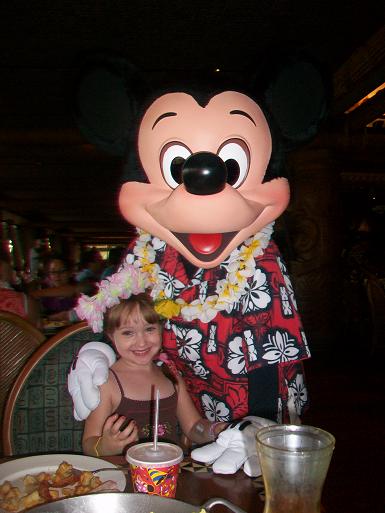 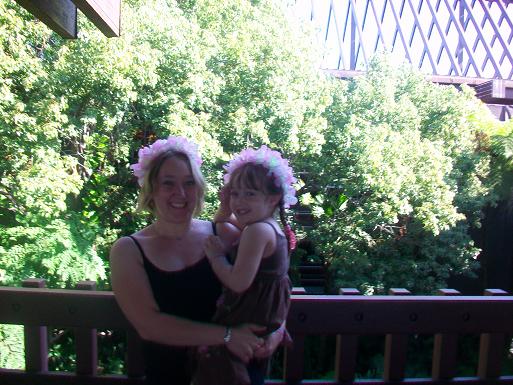 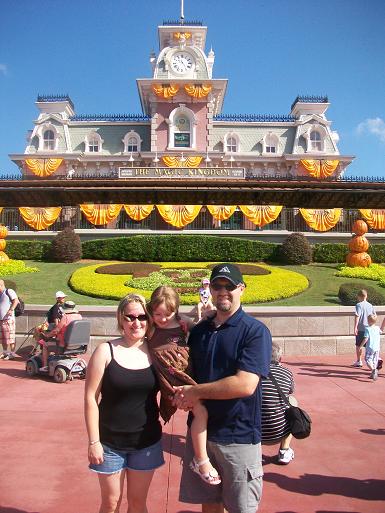 Us in front of my favorite place in the world.

Hailey was soooo excited to meet Princess Tiana and Prince Naveen.  They actually spent quite a bit of time talking to her.  Hailey asked Tiana what it felt like to be a frog.  Tiana told her it was slimy but fun and she loved all the hopping.

Waiting in line for the Pirates of the Caribbean.

Hailey had been begging to go on Splash Mountain ever since she rode it at Mickey’s Not So Scary Halloween Party- so we waited in a short 10 minute line to ride on it.  But Hailey didn’t like it this time and said the drops were too big and scary.

We decided to head over to Toontown before the day got too busy.  We stopped and rode on Pooh on our way since it had a 5 minute wait.

I love Toontown and will be so sad when it’s all gone.  I’m excited to see what they do there instead but I’ll miss Toontown as it is now. 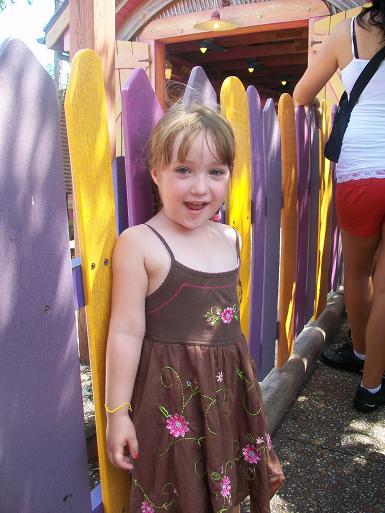 Once we got to Toontown Hailey decided she wanted to ride on Goofy’s Barnstormer.  We reminded her that she did not like it last year and that it goes fast.  But she said she was brave and wanted to try riding it again. 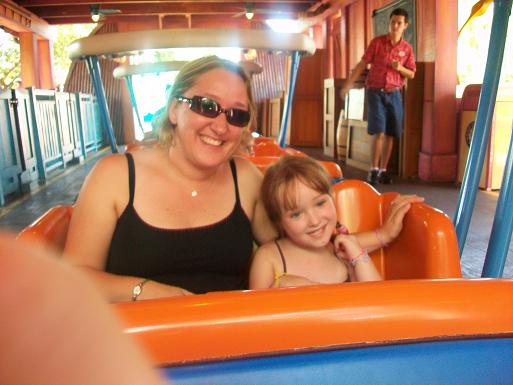 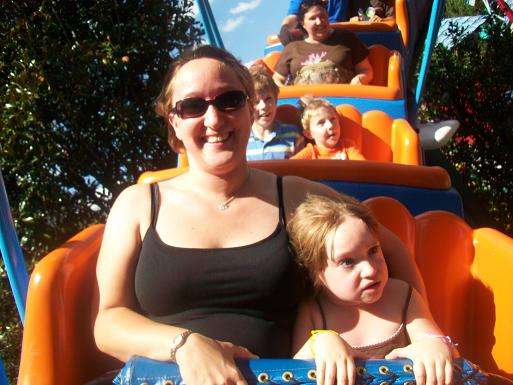 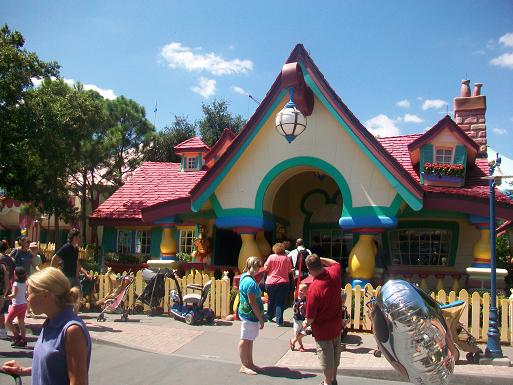 Then we went to check out Mickey Mouse’s house.  Since it will probably be gone the next time we go

I had to take lots of pictures inside the house. 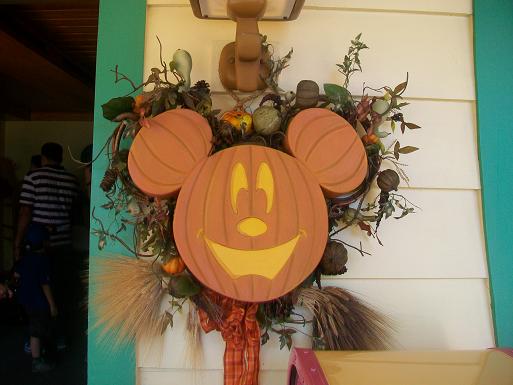 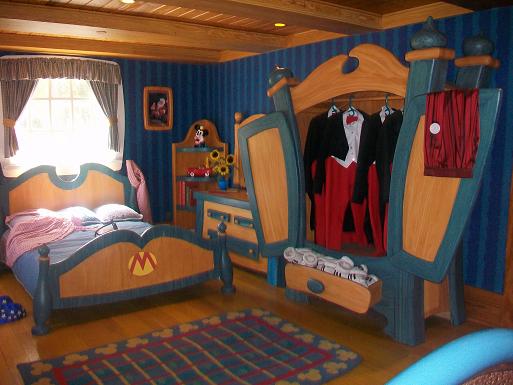 Mickey’s kitchen that Donald Duck got into and messed up 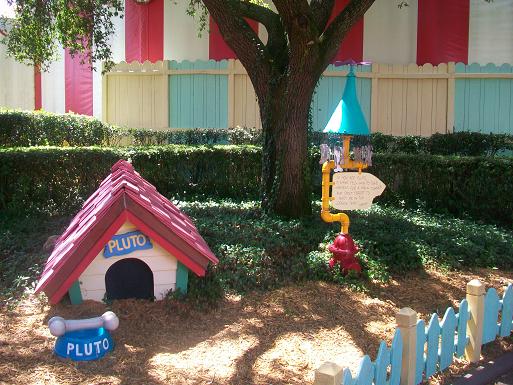 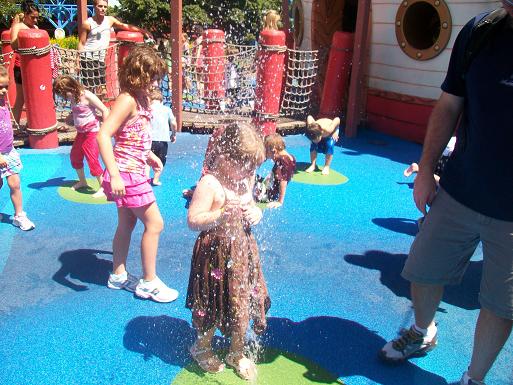 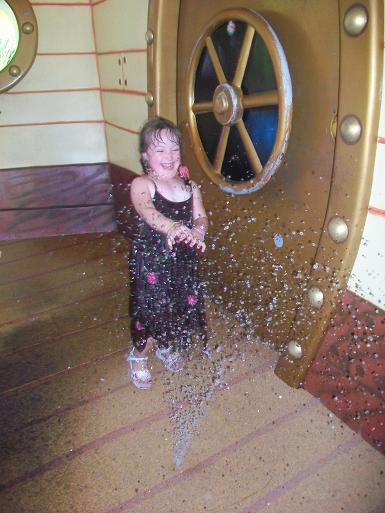 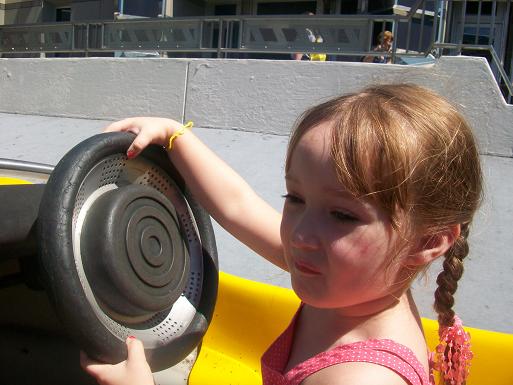 Rich in his car.

At this point Hailey was getting pretty tired and so we let her take a nice nap in her stroller.  After her nap it was time to use our Peter Pan fast passes.  Then we rode the People Mover. 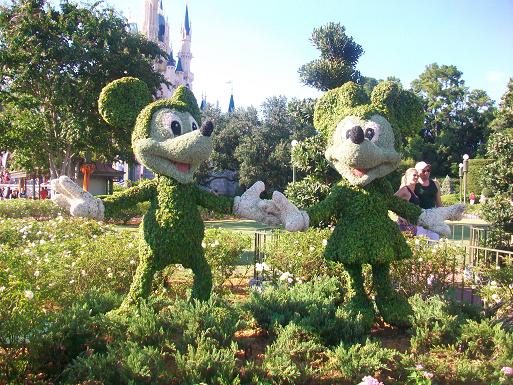 We took a picture of Mickey and Minnie on our way out of the park to head to Hollywood Studios for extra magic hours.

When we got to Hollywood Studios we ate some dinner at the ABC Commissary.

After dinner we used our fast passes for Toy Story Mania (the ones we got because the ride had broken down the day before).

We love Toy Story Mania!  Hailey was having a blast!!

Then we went to see The Voyage of the Little Mermaid and then headed off to a dance party in Playhouse Disney.  Hailey loved the dance party! 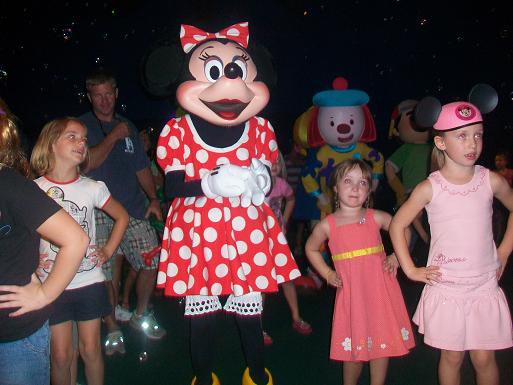 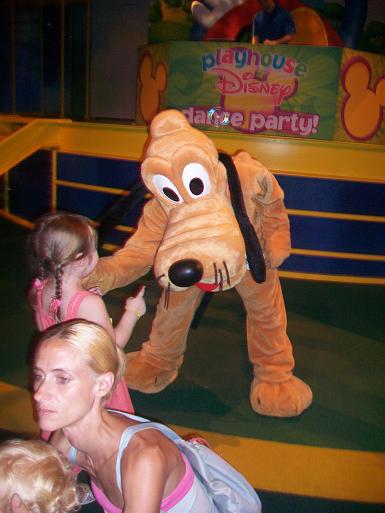 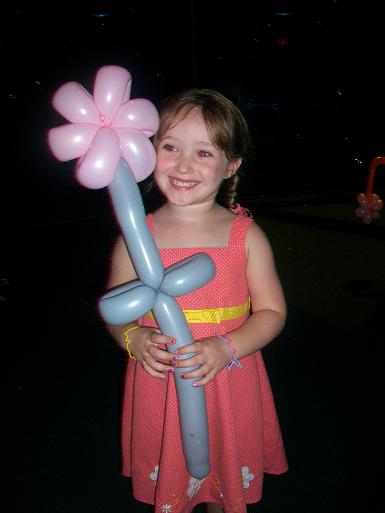 A pretty flower balloon that Hailey got at the dance party.

We played for a long time at the dance party.  Then we went to see The Magic of Disney Animation which was really interesting.  Then it was time to head back to our hotel.