Rich and I decided we wanted to do something special for our 10th anniversary.  We talked about it for several months and debated about where to go.  Nothing sounded like what we wanted to do and we couldn’t decide where to go.  About a week before our anniversary we still didn’t have any final plans. Then we talked about going to Disney World.  We already have a family trip planned for September and couldn’t decide if we should go in July too.  We thought about it and decided that since we spent our honeymoon there it would be the perfect place to go for our 10th anniversary.  I really struggled with not bringing Hailey- I felt sooooo guilty but knew that it was important for Rich and I to get away together and also I knew she would be there in September.  Plus she had been really looking forward to spending the week with her grandma and pa!

Since we decided less than a week before that we wanted to go we weren’t able find any cheap plane tickets, so we decided that we would drive.  We drove all day Sunday, stopped for a few hours during the night to sleep at a rest area and then kept driving.  Rich actually did all of the driving.  Anyhoo- we arrived at our hotel- Coronado Springs Resort at 8:30am on Monday.  Check in wasn’t until 3pm, but we figured it was worth trying to check in and they had our room ready.  So we were able to get cleaned up from our trip and go get some breakfast at our food court.

This is a picture of the main building- El Centro where the food court, restaurant, lobby and gift shop are located.  The resort is really spread out and it was a really long walk to get there from our room. 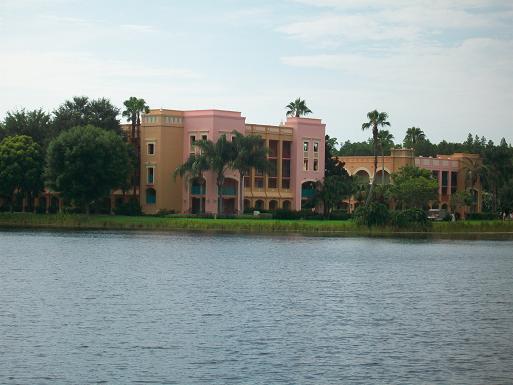 Our room was in that building. 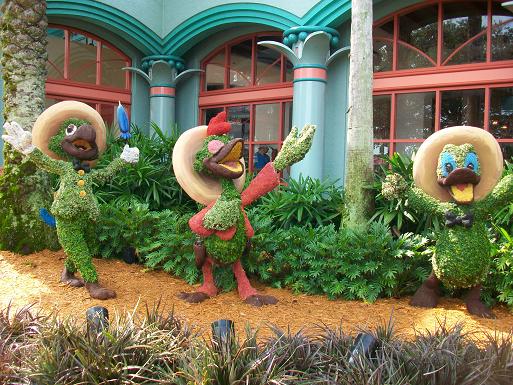 The Three Caballeros were outside of our food court.

After breakfast at our food court we went to Animal Kingdom. 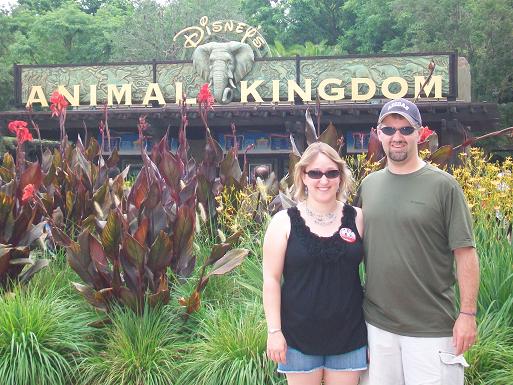 Posing for a picture before we entered the park.

Posing for a picture in front of the Tree of Life.

We took advantage of the Fastpasses and were able to see everything we wanted to see.  I always love to go on Kilimanjaro Safaris and see all the animals and we were able to see lots of animals. 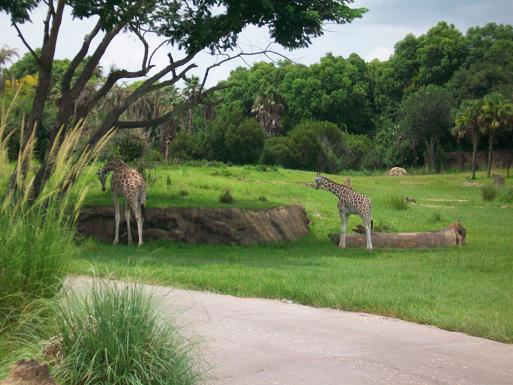 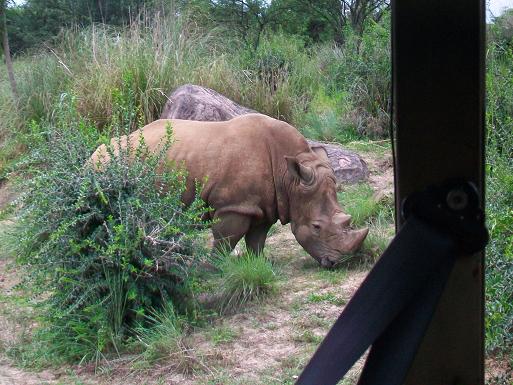 Then it was time for a parade! 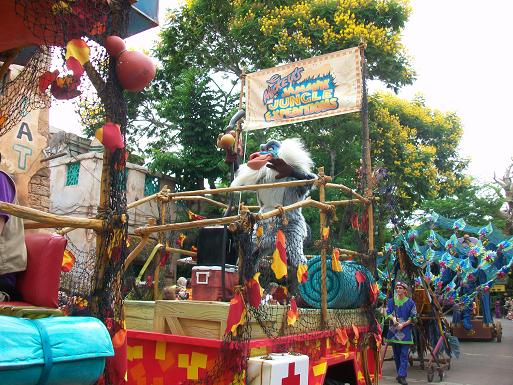 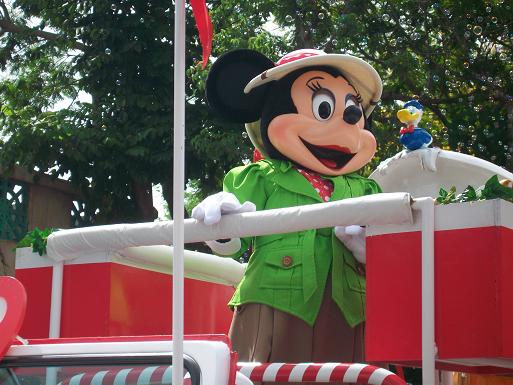 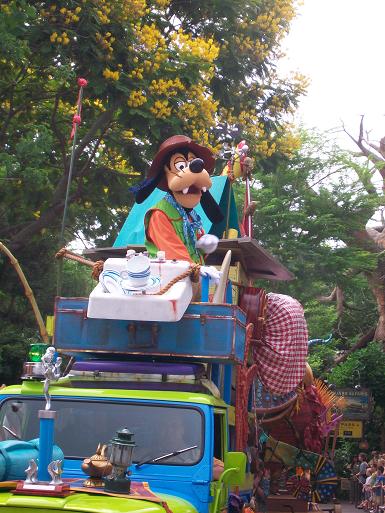 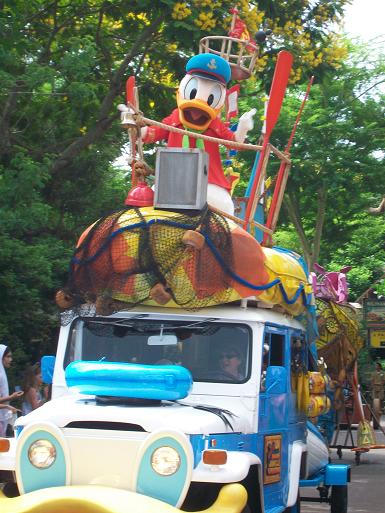 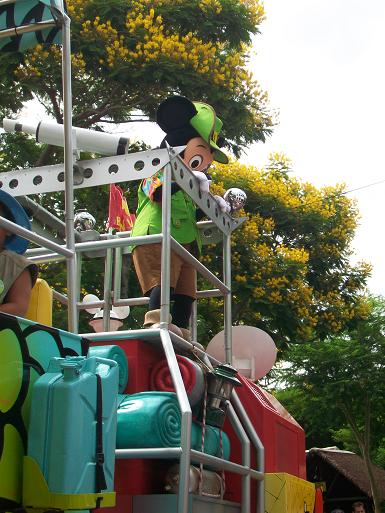 We saw a few more attractions- rode Expedition Everest, which made us both sick and finished up by seeing It’s Tough to be a Bug.  We were exhausted from all the driving and the lack of sleep, so we went back to our hotel to collapse for the night.

One comment on “10th Anniversary Trip To Disney World”