Trip to the Museum

These pictures are from about 3 weeks ago, but I haven’t gotten around to posting them.  The day before we moved my parents came up and we all spent the day at a children’s museum that was nearby our house.  It was lots of fun!!  So of course, I have a bunch of pictures to share. 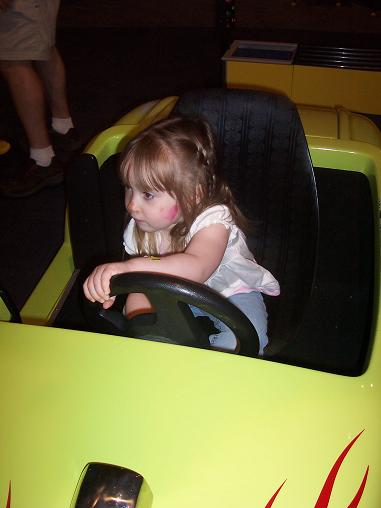 Hailey practicing to be a race car driver.

Posing for a quick picture.

Hailey had fun shopping at the grocery store… 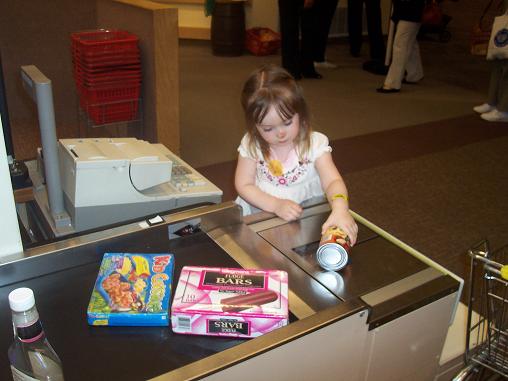 … and then checking herself out. 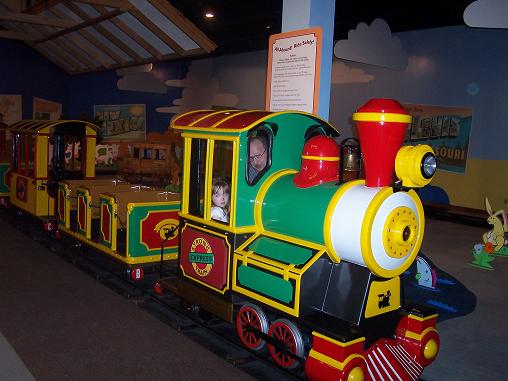 Hailey and Pa went on a train ride. 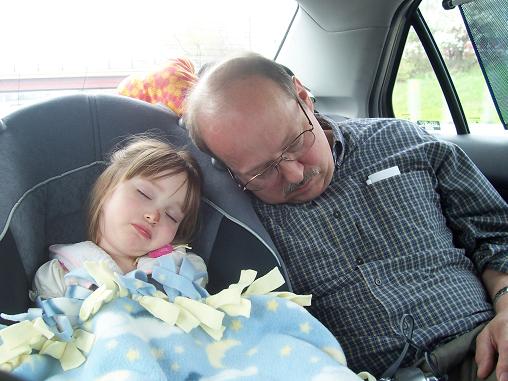 After lunch we decided to go drive around for a few minutes to see if Hailey would take a quick nap.  Hailey and Pa fell asleep almost immediately.  After their nap we returned to the museum.

Hailey on stage singing for everyone who stopped to listen. 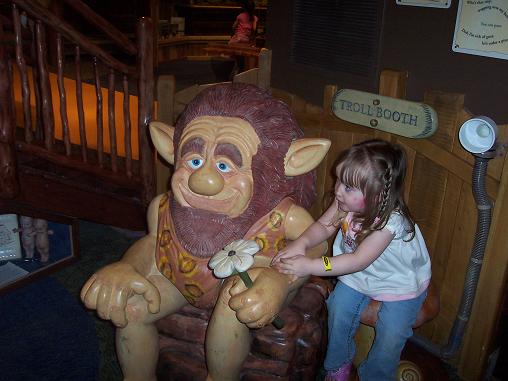 Hailey loved this troll from the “Three Billy Goats Gruff” book.  She kept asking to go back and see the “lion” again.

Hailey is making the arms move on the giant from “Jack and the Beanstalk.”

There was a whole section of things from The Berenstain Bears that Hailey loved. 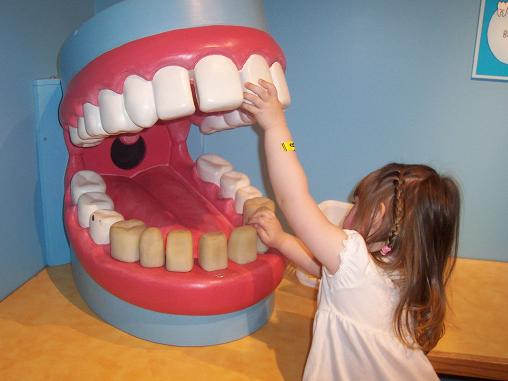 Pretending to be the dentist.

Of course, Hailey had to stop to read some books- her favorite thing to do.

Hailey tried doing some cutting for the first time- and she did really well.

The hula-hoops were fun, although Hailey didn’t quite get how she was supposed to do it.

Rich is going to kill me when he sees this picture! 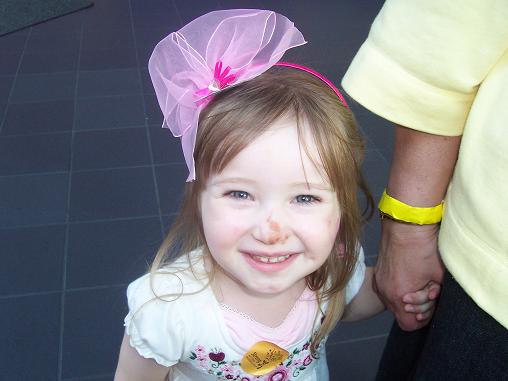 Gramma bought this adorable headband for Hailey in the gift shop.  (See her poor little nose- this was a few days after she got hurt.)

We had dinner and then we were on our way home.  It was a fun filled day!  The next day we moved out of our house… and if I ever get around to it, I have pictures to post from that too.

6 comments on “Trip to the Museum”

« Some Firsts
Some Wedding Fun »