For this weeks Random Recipe exchange Pam has asked us to share our favorite pizza recipe.  I have only ever made a pizza once and it was not a pretty site.  Rich, on the other hand, makes a fabulous pizza.  It is so delicious that I would rather have his pizza than any pizza from anywhere else.  So, I asked begged Rich to share his recipe with us for the Random Recipe exchange.

His response? “There is no recipe.”  I finally convinced him that if he would not share his recipe that perhaps he could just take pictures of the process.  You would have thought I was asking him if I could pull out all of his teeth without any novocain.  Or perhaps he was thinking that I was trying to trick him into making dinner.  Either way he was not exactly a willing participant.

Anyhoo, here are the pictures of Rich’s pizza making process.  This has been kept a secret up until now.

First you mix the water with whatever is in the bowl. 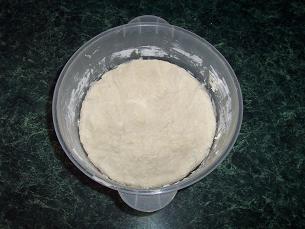 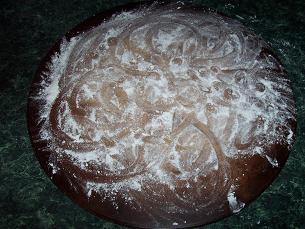 Next you put some flour on the baking stone… 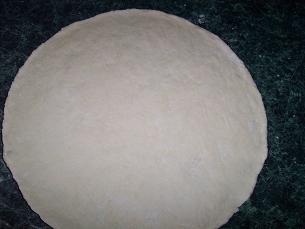 …and then spread the dough.

Then you spread the sauce. 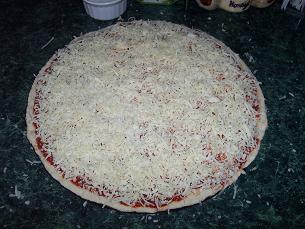 Then add some cheese.  And if you are anything like us, you also add some more cheese.

Then you put some spices and other stuff on.

You bake it for a little while in the oven and then when you take it out it should look nice and yummy, just like this.

Now stop on over at Pam’s to see the other participants- who have hopefully shared an actual recipe.

« Easter Eggs
What Was I Thinking? »