Hailey did not have school on her birthday this year, so we had to celebrate with her class on the day before her birthday. 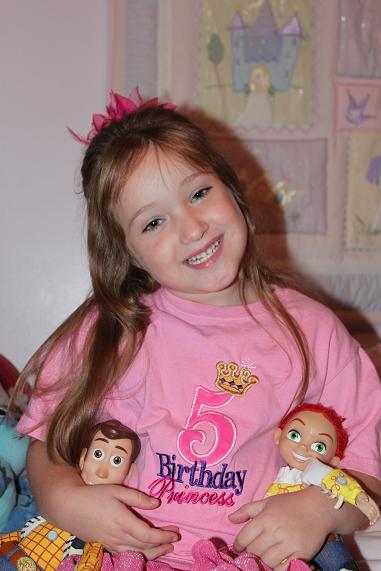 She wore her birthday shirt to school and was very proud of it! 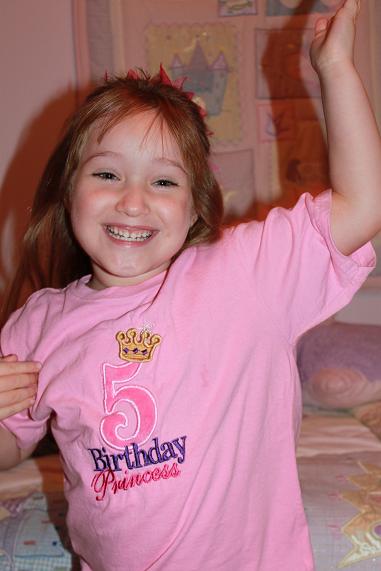 Another quick pose before heading off to school.

I brought in cupcakes to celebrate her birthday at school.  While waiting for Hailey and her class to come back from the playground I was able to talk to Hailey’s teacher for a few minutes.  She told me that Hailey is the sweetest little girl ever.  So I told her I thought so too

Hailey’s teacher said, “I really mean it.  I’ve met a lot of kids and Hailey is just the sweetest girl.”  It made me so happy to hear her say that!

Here are the cupcakes that Hailey picked: 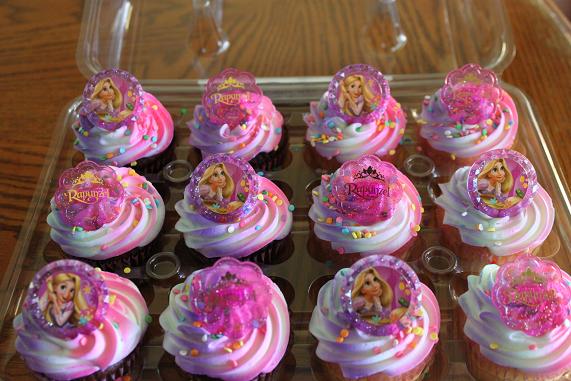 Rapunzel for the girls 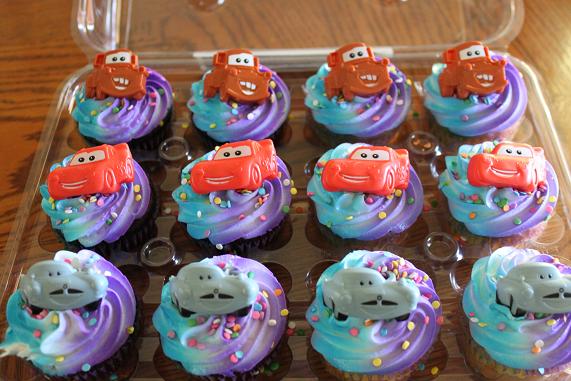 Cars for the boys

When the class came back Hailey got to pick a friend to help pass out the cupcakes and drinks.  She picked a little boy named L… according to Hailey’s teacher L is in love with Hailey.  During sharing time that day he had told the class that Hailey was the most beautiful girl in the class. 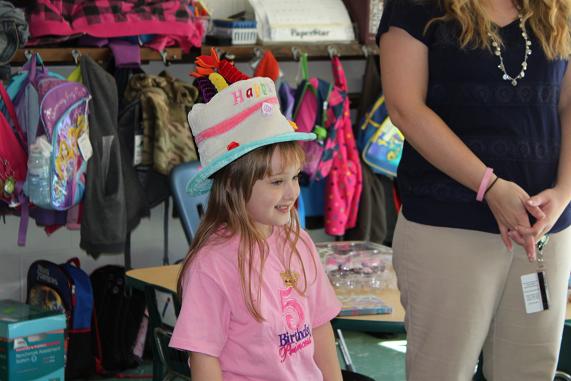 After the cupcakes were passed out Hailey got to wear the special birthday hat while the class sang to her. 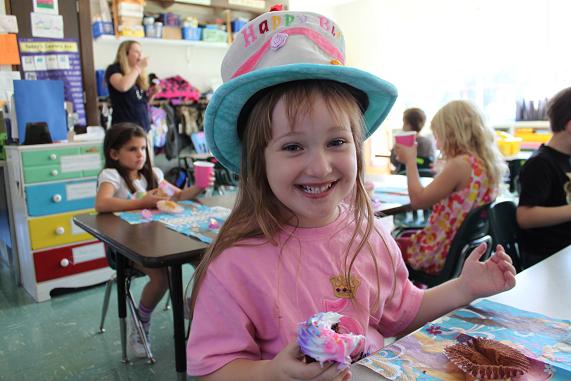 She was so excited!

The next day (Friday) was Hailey’s actual birthday and there wasn’t any school.  She woke up nice and early, very excited about it being her birthday.  After she quickly ate her breakfast and got dressed we let her open her presents. 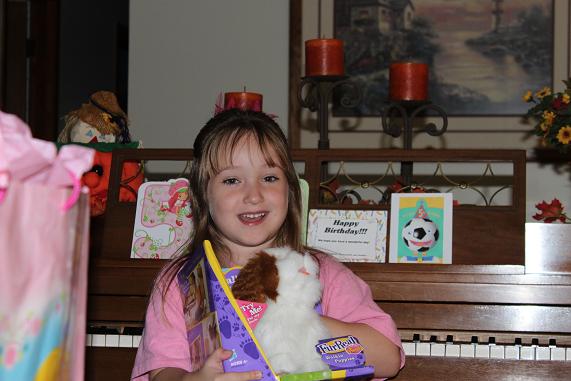 She was very excited about everything she got!  She spent the day playing with all of her new toys.

To celebrate her birthday, Hailey had requested we go to the Olive Garden to eat dinner- she loves eating there! 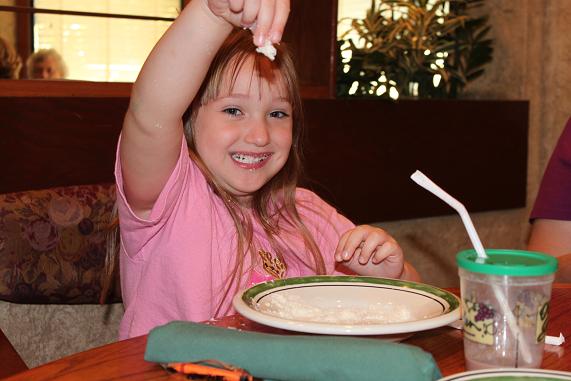 She loves the pizza too, but it’s really all about the cheese!

After dinner we came back to our house with Grandma and Pa to have cake and some more presents. 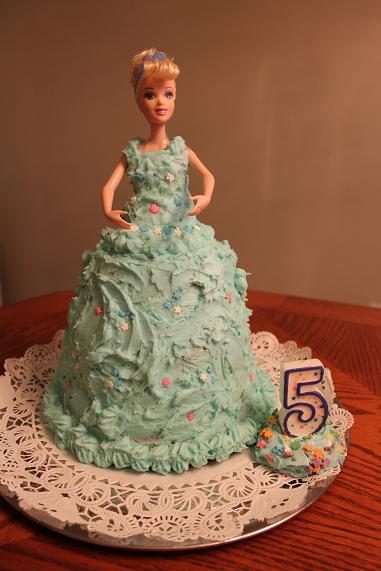 My mom made this beautiful princess cake and Hailey absolutely loved it! 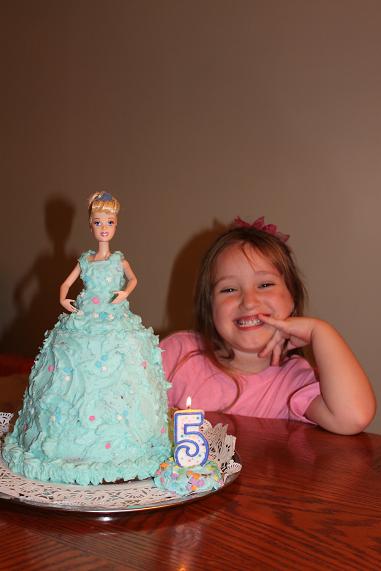 Hailey and her Cinderella cake. 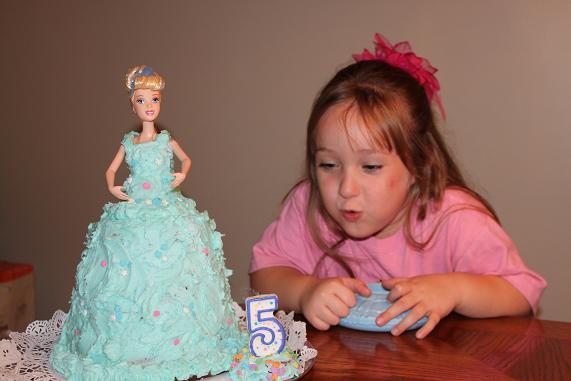 Blowing out her candle! 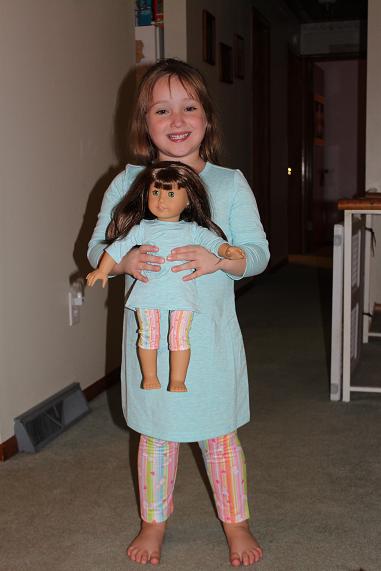 Posing with her new American Girl Doll (which she named Aveena) from Grandma and Pa, wearing their matching pajamas.

Hailey said her birthday was wonderful!  I’m so glad she enjoyed her special day!!  (Her party with her friends is next weekend, so I’ll post more pictures after that party.)