Day 2 was Rich’s birthday and we started bright and early.  We had a breakfast reservation at 8:10 at Tusker House in Animal Kingdom so we had to get up nice and early in order to leave in time to get there.  After a fun wake up call from the characters we got ready and we were off to Animal Kingdom. 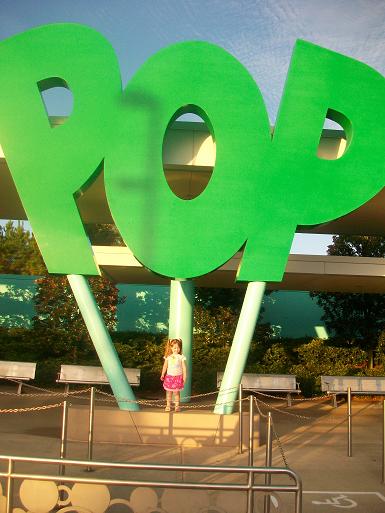 We were some of the first ones waiting for the bus to Animal Kingdom at our hotel. 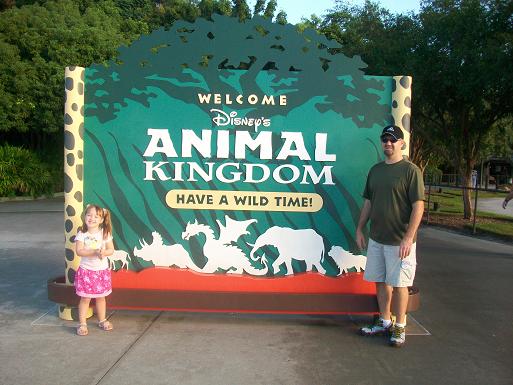 Hailey and Rich at the entrance to Animal Kingdom 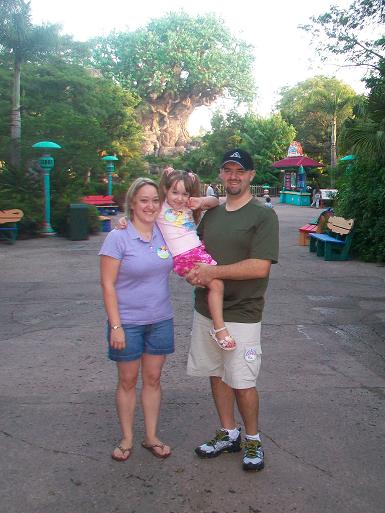 Us in the empty park 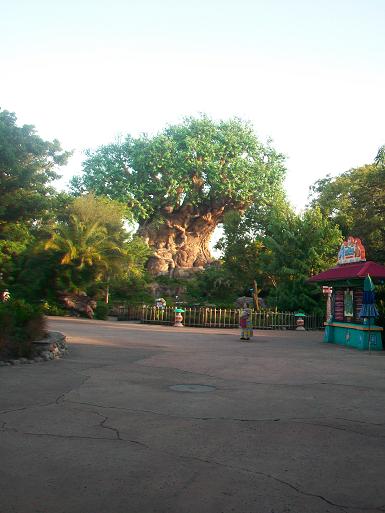 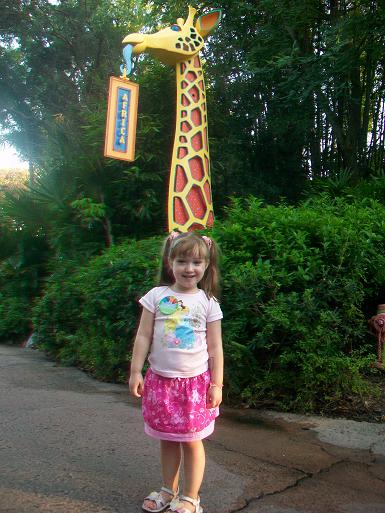 Posing for a picture with Donald Duck at the Tusker House. 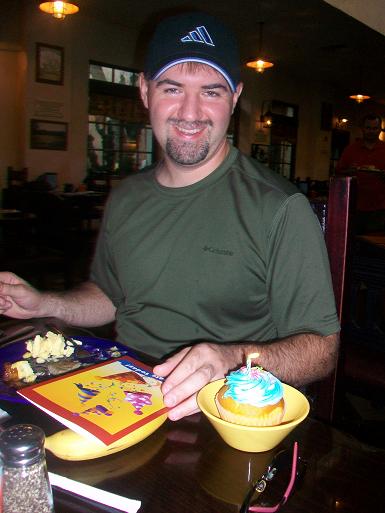 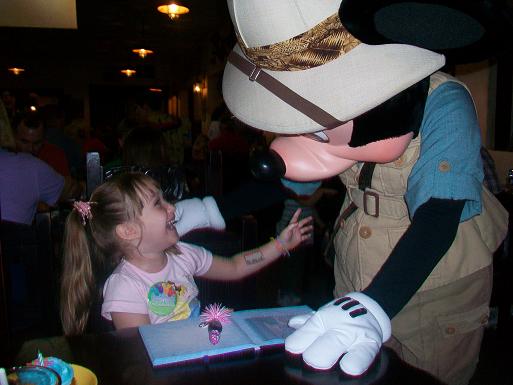 The first character to stop by our table was Mickey Mouse.  Hailey was so excited to see him.

Posing for a picture with Mickey. 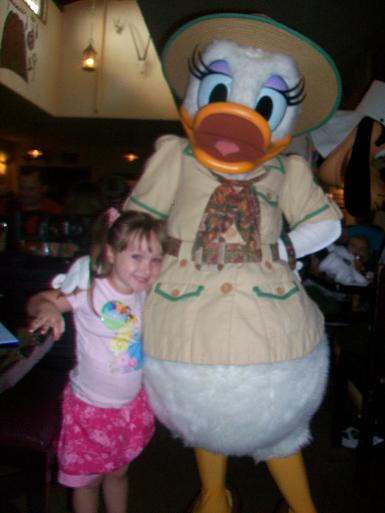 Hailey and Daisy Duck (sorry for the blurriness) 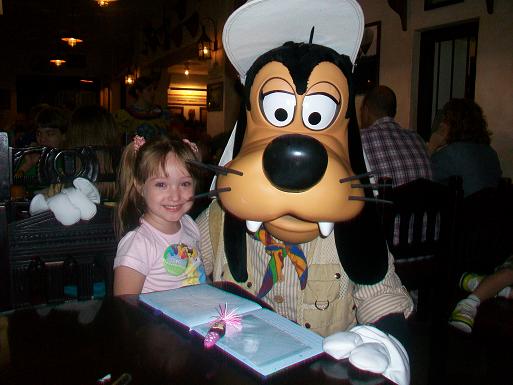 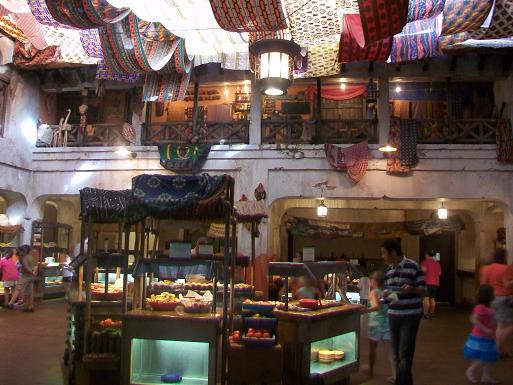 The buffet area at Tusker House, one of my favorite places to eat. 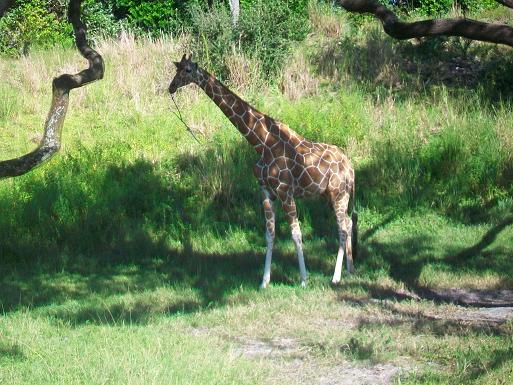 After breakfast we went right to the Safari ride.  We were there early in the morning before it got too hot and we got to see lots of animals.

Next up we took the train out to Rafiki’s Planet.  Hailey got to meet Rafiki, 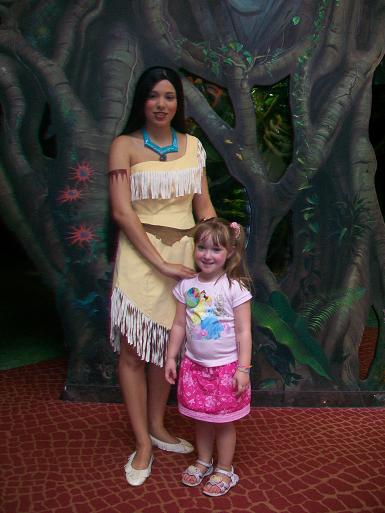 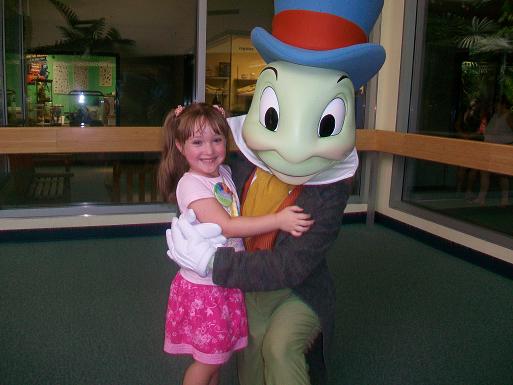 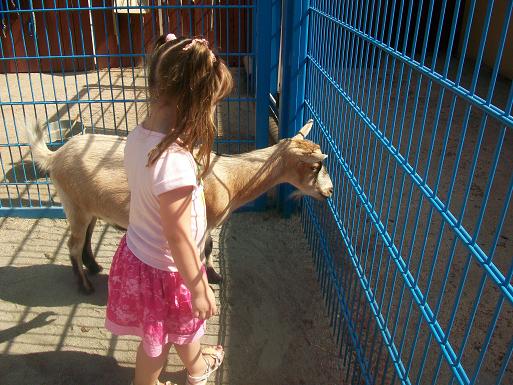 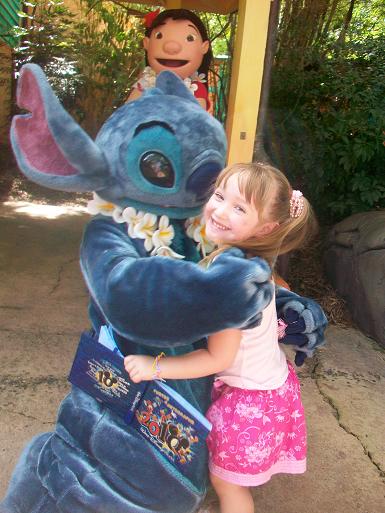 On our way to the Lion King show we got to meet Lilo and Stitch.  This was one of the best character interactions we had during the entire trip.  They were so funny and had everyone in line laughing at the things Stitch was doing. 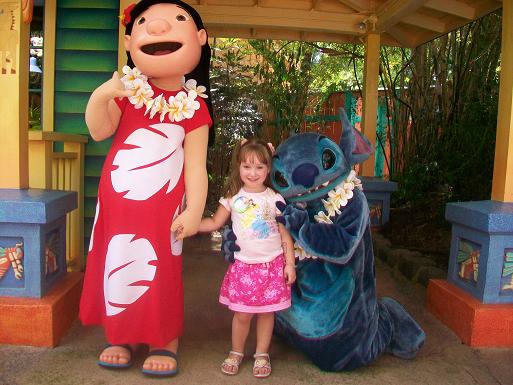 Hailey with Lilo and Stitch.

We went and saw the Lion King show next which is definitely my favorite show.  I love to see it every time we go and it never gets old.  After the Lion King we went back to our hotel to take a nice long nap because we were planning to go to Mickey’s Not So Scary Halloween Party that night and knew we’d need our rest!