A couple of weekends ago Hailey and I went to our local zoo for an Easter Egg hunt.  It was pretty disorganized but Hailey had a blast anyways.

She made an Easter basket and then did the egg hunt for the kids 5 and under.  That egg hunt was basically just a bunch of plastic eggs thrown into the grass.  She finished that in about 10 seconds.  So we decided to do the egg hunt for the older kids where there were eggs hidden throughout the zoo.

She had fun doing the egg hunt for the older kids, but mostly she enjoyed seeing the animals and playing on the playground.

After the egg hunt was over we met up with Rich and headed off to Chuck-E-Cheese for some pizza and fun.  Hailey loves going to Chuck-E-Cheese but she is scared of going up in the tunnels and going down the slide.  So, this time she decided that she was going to be brave and go down the slide.  She climbed up to the top and when she got to the tunnel she turned the wrong way.  So instead of going right to the slide she ended up lost in the tunnels.  There are little windows and I could see her up there looking scared.  I was trying to point which way she should go but she was too scared and starting to cry.  So, Rich had to go up in the tunnel and rescue her.  He showed her the way back to the slide and she went down.  When she came down she decided that she would try it again if Rich would go with her.  So he went with her and showed her how to get to the slide.  She was really proud of herself once she had it all figured out. 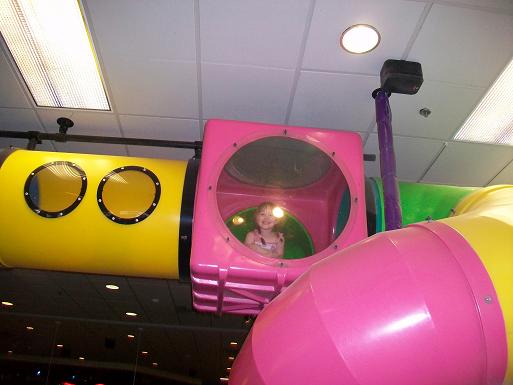 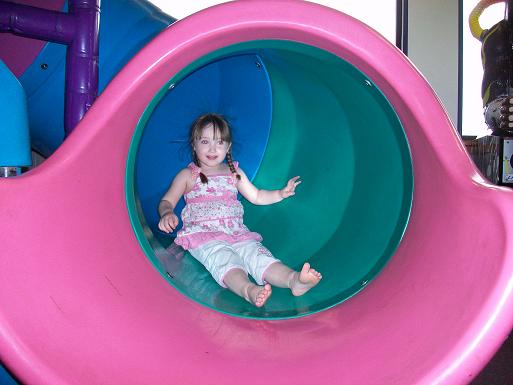 After that she played on the slide for a long time and was so proud that she finally did it! 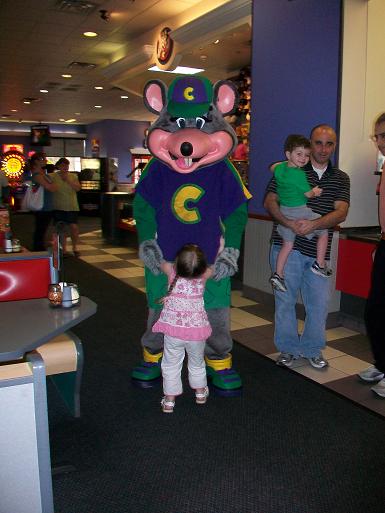 A big hug for Chuck-E-Cheese! 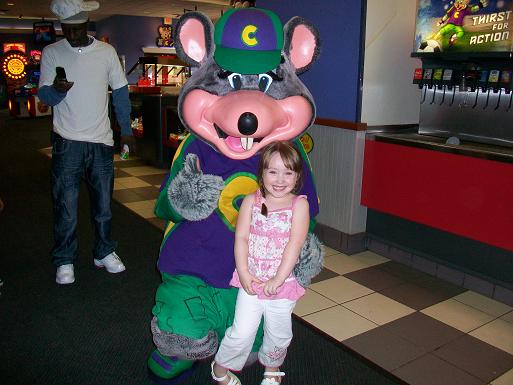 And a quick pose for a picture.